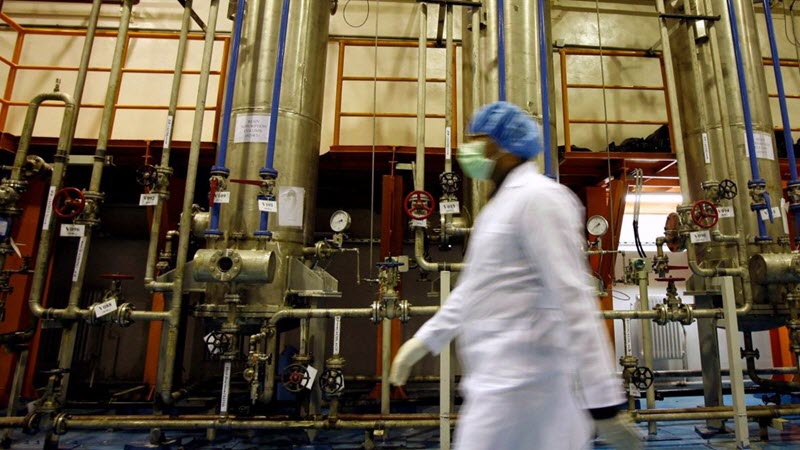 In a speech in Mashhad, Ahmad Khatami, Tehran’s Friday Prayer leader, member of the Assembly of Experts, and member of Supreme Leader Khamenei’s inner circle, admitted, “We have the formula for building an atomic bomb.” He made this announcement during a mourning ceremony according to state run IRNA news agency, on February 9th, 2019. He added, “We consider nuclear energy to be vital to us.” Khatami also said, “Iran never had the intention to build an atomic bomb. Of course, we have the formula but we do not want to use weapons of mass destruction.”

Still, according to Khatami, “America’s mischief decreased Iran’s nuclear power. The JCPOA ended. Our missile capability is what protects us in these conditions. If they take away our missile capabilities, the day will turn into night for the nation of Iran.”

He also admitted that US sanctions have had a great effect on the Iranian economy and helped spur further anti-regime protests in 2018.

Regime officials have always denied attempting to acquire atomic bombs or making attempts to build atomic bombs. But, state-run Channel 4 TV reported in January that the head of the Iranian regime’s Atomic Agency, Ali Akbar Salehi, claimed that during negotiations with the P5 + 1, he had lied about the Arak site and had hidden, upon Khamenei’s order, some of the prohibited equipment they had bought.

Salehi’s remarks raise doubts about the IAEA’s reports from December 2015, which paved the way for the 2016 nuclear deal, otherwise known as the Joint Comprehensive Plan of Action (JCPOA). Doubts about Iran’s compliance have long been raised by the Iranian Resistance.

A representative of the National Council of Resistance of Iran (NCRI) revealed continued activities of the SEPAND organization, an organization in Iran’s Defense Ministry working on the construction of nuclear weapons, and emphasized that its activity has expanded in a center named Parchin Research Institute at a conference in Washington D.C. in April 2017. The Iranian Resistance has been issuing warnings since 1992.

In a book entitled, “National Security and Nuclear Diplomacy,” Iranian President Rouhani wrote, “The Iranian regime intended to present the world ‘with a fait accompli’, and run ’54,000 centrifuges’ by March 2003, and ‘produce 30 tons of 3.5 percent fuel’ annually.”

Subsequently, the PMOI held a press conference and introduced the sites of Natanz and Arak, and according to Rouhani, “made a lot of noise by making insubstantial allegations.” In 2006, the Sunday Telegraph reported that he admitted that in negotiations with European Troika, “Tehran played for time and tried to dupe the West after its secret nuclear program was uncovered by the Iranian opposition in 2002.”

Washington Times: The Bush administration has imposed sanctions on...

Bloomberg: Members of Congress from both parties today urged...