The Netherlands Recalls Ambassador to Iran Amid Assassination Row 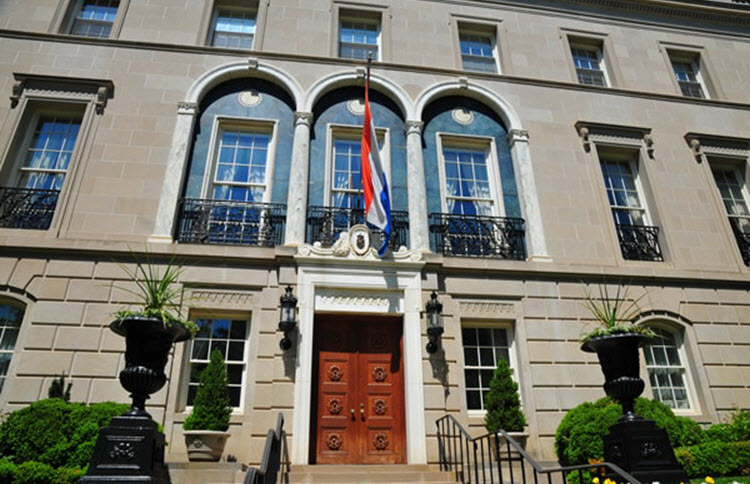 The Netherlands recalled its ambassador to Iran and summoned the Iranian ambassador to its Foreign Ministry for talks after Tehran expelled two Dutch diplomats in a dispute over an alleged plot to assassinate Iran’s political opponents in the European country.

Dutch Foreign Minister Stef Blok said: “The government has decided to recall the Dutch ambassador in Tehran for consultations.”

Blok told the parliament in a letter on Monday that he had told Iran’s ambassador in The Hague that the not publically announced expulsions of the diplomats was “unacceptable” and “negative for the development of the bilateral relationship” back in February.

Blok said that Iran had told the Netherlands on February 20 about its decision to expel the diplomats, who arrived home on Sunday. He advised that this was likely a reaction to the Netherlands’ expulsion of two Iranian embassy workers in June 2018 over “strong indications from (Dutch intelligence) that Iran has been involved in” the assassination of two Dutch-Iranian citizens in the Netherlands.

The two Iranian dissidents were named by the Dutch police as Ali Motamed, 56, who was killed in the central city of Almere in 2015, and Ahmad Molla Nissi, 52, murdered in The Hague in 2017.

Iran denied involvement, but the EU recently issued sanctions against its Intelligence Ministry and two officials for their role in the assassinations, labelling it a terrorist organisation and freezing its assets.

Over the course of 2018, several European Union countries accused Iran of spying on or planning attacks against the opposition group, the People’s Mujahedin of Iran (PMOI/MEK) inside Europe. Iranian agents were accused of trying to bomb a rally in Paris, which resulted in the arrest of the diplomat to Vienna, trying to bomb the MEK’s Persian New Year gathering in Albania, and trying to assassinate dissidents in Denmark.

The Netherlands has made the right decision here because Iran is the number one sponsor for terrorism in the world, but more needs to be done to end the dreadful appeasement policy Europe has towards the Regime.

The EU is still trying to preserve the nuclear deal, also known as the Joint Comprehensive Plan of Action (JCPOA), following the US’s withdrawal last year, even going so far as to create a special purpose vehicle to maintain trade and evade US sanctions.

The US has pressured the EU to leave the deal and reimpose sanctions on Iran, with Vice President Mike Pence calling on the EU last month to support US efforts to “bring the economic and diplomatic pressure necessary to give the Iranian people, the region, and the world the peace, security, and freedom they deserve”.

AP: A prominent Sunni politician rallied Tuesday behind a...