US Strike Deal With Oman to Stop Iran Threats Over Waterways 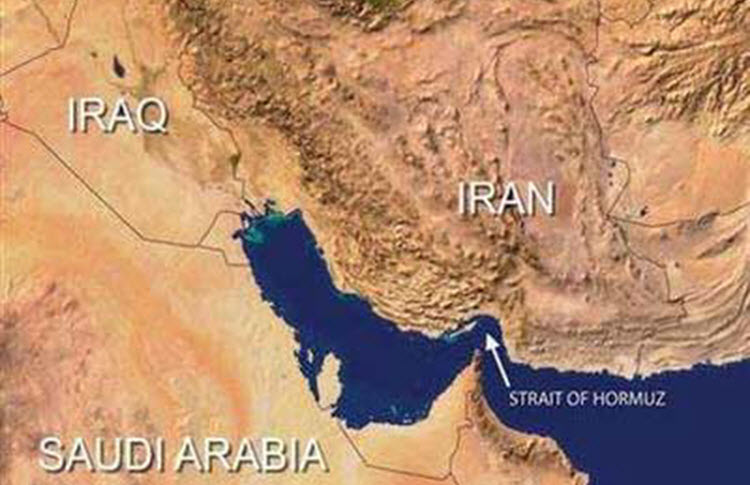 London, 25 Mar – On Sunday, the United States made a strategic port deal with Oman that will provide the US military with better access to the Gulf region and reduce the need to send ships through the narrow Strait of Hormuz, according to US officials.

This is important because, in the wake of the US withdrawal from the 2015 nuclear agreement and imposing sanctions on Iran’s oil, Iran threatened to shut off the Strait of Hormuz, which is just off Iran’s coast. Given that 20% of the world’s oil supply travels through the waterway, this could mean huge delays or shortages as tankers find an alternative route, which would only increase oil prices.

While Iran has failed to do this so far and has threatened to do so multiple times in the past without following through, it is still a frightening prospect, so this new agreement between the US and Oman brings hope and security.

The US embassy in Oman released a statement confirming that the US is now allowed to access facilities and ports in Duqm and Salalah while stating that the agreement “reaffirms the commitment of both countries to promoting mutual security goals”.

The US is becoming increasingly concerned about Iran’s expanding missile programs, which have grown in recent years despite US sanctions and diplomatic pressure.

One US official, who spoke on the condition of anonymity, said that the deal improved US access to ports that connect to a network of roads leading to the broader region, which is significant because it gives the US military greater resiliency in a crisis.

The unnamed official said: “We used to operate on the assumption that we could just steam into the Gulf, [but,] the quality and quantity of Iranian weapons raises concerns.”

The US official said that the agreement would expand US military options in the region for any kind of crisis because Duqm is an ideal port for large ships.

Another official, who also requested anonymity, said that the port is even big enough to turn around an aircraft carrier.

The second official, who advised that negotiations began under the Obama administration, said: “The port itself is very attractive and the geostrategic location is very attractive, again being outside the Strait of Hormuz.”

The US considers Iran to be the greatest threat to peace in the Middle East through its warmongering and terrorist sponsorship, so it will want somewhere close by that it can attack from if necessary.

AP: A former British army interpreter in Afghanistan who...