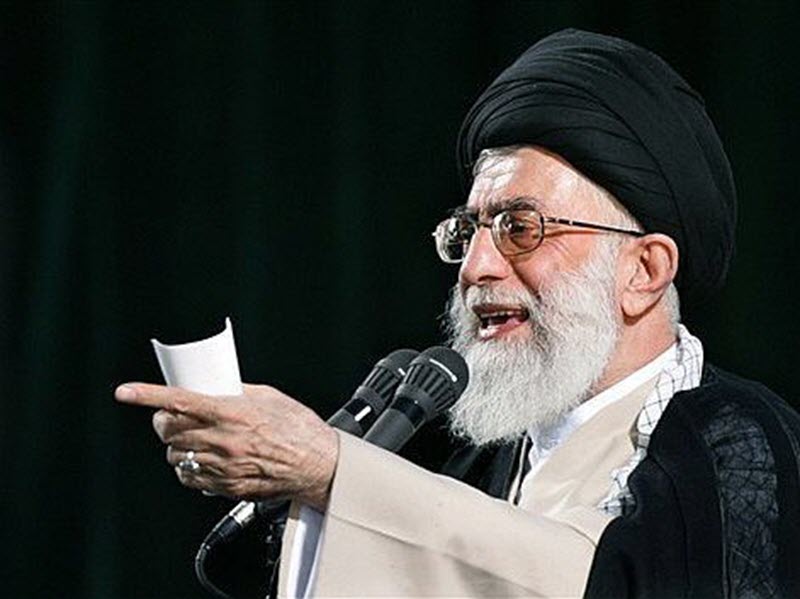 London, 28 March – On Nowruz, the first day of the Persian new year as well as the vernal equinox, the Supreme Leader’s annual address focused on foreign policy, and a call for Iran to develop its non-oil economy.

This speech, delivered in Mashhad, is believed to carry more significance than any other. This year, it offered little hope regarding the country’s economic suffering.

Because of its Zoroastrian roots, the clerical orthodoxy is historically hostile to the Nowruz festival. Ruhollah Khomeini, the Islamic Republic’s founding leader, never so much as used the word “Nowruz” in his annual address.

However, the most important speech is said to be the one Khamenei gives on the first day of the new year to the hundreds of thousands who make the annual pilgrimage to the Imam Reza Shrine in Mashhad. His annual speech has been a good indicator for what he will do in the coming year.

This year, he barely mentioned the poor, and nothing was said about workers being paid on time, or the protests over unpaid wages that have become common. Neither did he discuss the latest official unemployment rate, 13.5%, which is the highest in twelve years, and it would be much higher if more women joined the labor force.

Khamenei admitted that Iran’s problems go beyond sanctions. President Rouhani promised during his campaign in 2013, that competency would be restored after the Mahmoud Ahmadinejad years. But he has done the exact opposite, and the economy is being run just as poorly as when Ahmadinejad was in power. While he acknowledges that he is “no economist”, he claimed the pressure from sanctions created an opportunity for structural reforms. He said that four years ago he had been told bank reform legislation was about to be sent to the Majlis, but has not yet made it there.

Khamenei proposed a phrase to describe the coming year. This is the year for “boosting production.” He also seemed convinced that Iran will not see sanctions relief. In his concluding words to the religious youth, he seemed worried that the revolution’s journey to its final destination— Islamic civilization — was behind schedule. He implied that the religious youth need a freer hand to eradicate “Westoxication”.

The picture Khamenei painted showed little grounds for hope, so perhaps the Trump administration has convinced Khamenei that Iran cannot count on outlasting U.S. hostility. But, as of now, Khamenei is signaling no flexibility in response to these pressures.

Iran Focus:Mehralizadeh, perhaps the most obscure candidate in the...

AP: An Iranian news agency reports that more than...