The Ongoing Unrest in Iran Is Rapidly Increasing 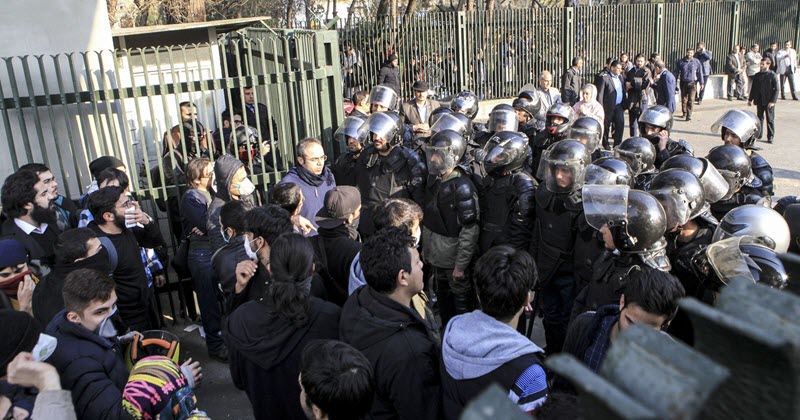 London, 28 March – Domestic unrest has reached unprecedented levels in Iran, to the point where the totalitarian leader Ali Khamenei is strengthening his position on his policies of persecution, power projection, and terror by appointing hard-liner loyalists to critical positions in state institutions to ensure that they remain faithful to the “principles” of the Islamic Revolution of 1979.

In fact, Khamenei recently appointed Ebrahim Raisi to head Iran’s judiciary. Raisi ran against, and lost to, Hassan Rouhani in the presidential elections of 2018. His loss was largely due to the fact that Raisi is known to the Iranian people as a violator of human rights. He played a leading role in “the summer of blood” — the 1988 massacre of 30,000 political prisoners.

Khamenei’s son, Mujtaba, made a trip to Iraq in the company of Iran Revolutionary Guard Corps Quds Force commander Qassim Suleimani. His visit suggests that he may be taking on a more prominent public role in Iran’s future.

As well, Ahmad Jannati, the 92-year-old former Friday prayer leader in Tehran, who criticized the nuclear deal, was re-elected to chair the Assembly of Experts, last March.

According to Banafsheh Keynoush of the Arab Gulf States Institute in Washington, Khamenei is spearheading an initiative he calls “youth orientation” designed to impress the deals of Islamic Revolution on Iran’s younger generation. In fact, Tehran’s Friday prayer leader is also the youngest Friday prayer imam in Iran. Mohammad Javad Haj Ali-Akbari is a former student of Khamenei.

The implications of Raisi’s appointment makes it clear that suppression of dissent will continue, and should serve as a wake-up call for those advocating engagement with the Islamic Republic. Tehran has no intention of moderating its behavior. It ignores the demands of its own people and does not respond to verbal rebukes from Western governments and human rights defenders.

The ongoing unrest in Iran is likely to increase with an intensifying crackdown. The only policy that will produce meaningful change in Iran is more pressure on the regime. Iranians are organizing and acting both inside and outside of the country. Groups such as the National Council of Resistance of Iran (NCRI) reject the government’s policies of repression at home and its aggression abroad. The NCRI calls for the separation of religion and state, freedom of expression, as well as free and fair elections based on universal suffrage and an end to the nuclear program. They deserve our support.

Disregard for human rights is evident in Iran, so we must rely on policymakers to realize that their actions are critical to their credibility with the Iranian people and Western democracies.