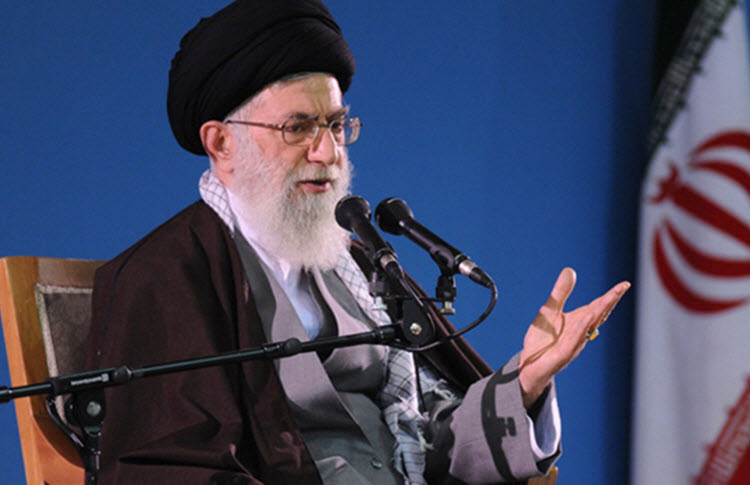 After three days, the Iranian rulers have finally responded on Wednesday to the US decision to remove sanctions waivers on the eight countries still currently allowed to purchase Iranian oil.

Supreme Leader Ali Khamenei claimed: “America’s efforts in sanctioning the sale of Iranian oil won’t get anywhere… We can export as much of our oil as we need and want.”

He also threatened the US, saying it’s “enmity will not go unanswered” and vowed a response. In a similar vein, Foreign Minister Mohammad Javad Zarif warned that the US should be “prepared for the consequences” if it tries to stop Iran trading its oil.

While President Hassan Rouhani said that he was still willing to negotiate with America, but only if the US removes the sanctions (and other pressures) and apologises.

He said: “We have always been a man of negotiation and diplomacy, the same way that we’ve been a man of war and defence. Negotiation is only possible if all the pressures are lifted, they apologize for their illegal actions and there is mutual respect.”

He also said that he does not trust Donald Trump and advised that Iran would “resist” the sanctions and make the US “regret” its decision, but it is not clear how Iran can do that considering the US’ stronger economic and military might.

Now that the US has refused to extend the sanctions waivers, which were granted to China, Japan, India, South Korea, Taiwan, Italy, Turkey, and Greece in November when US sanctions on Iranian oil came into force, Iran’s biggest buyers will search for new suppliers. The US is confident they’ll find them.

Reportedly, Italy, Greece, and Taiwan had already ended their purchases from Iran during the waiver period, while Japan, South Korea, and India have already begun to lower their imports.

US Secretary of State Mike Pompeo said Monday: “The goal remains simple: to deprive the outlaw regime of the funds it has used to destabilize the Middle East.”

This is part of the US’s “maximum pressure” campaign on Iran, which came into play after Trump pulled the US out of the 2015 nuclear deal last year and began reimposing sanctions. The US says that Iran must end its “malign” behaviour, including its ballistic missile program and support for terrorism, and act like a normal country.

Last week, the US designated the Iranian Revolutionary Guards as a terrorist group.

AFP: Israel and the United States have agreed to...