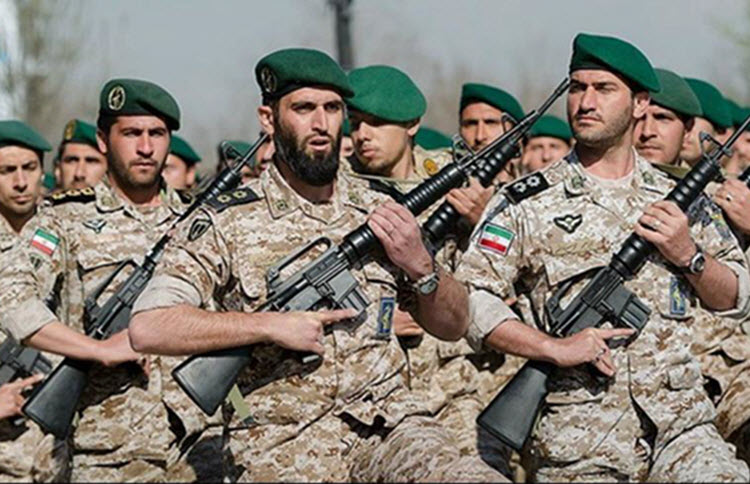 London, 25 April – The US recently placed Iran’s Islamic Revolutionary Guards Corps (IRGC) on its list of foreign terrorist organisations, which is a bold move that complements the Treasury Department’s previous listing of the IRGC as a banned terror group. It was the first time that an entire division of a foreign government was formally labelled as a terrorist organization.

This move was made because of increased Iranian aggression and regional interference in recent months, ever since Donald Trump took office, and that is a worrying prospect from the world’s leading state sponsor of terror.

The IRGC was founded in 1979 to safeguard the revolution, which basically translates to crushing any and all detractors. Now, the 125,000-strong militia holds incredible influence over the political and economic spheres, with financial interests in the telecommunications, construction, energy and auto industries. They have their own army, air force and navy, control Iran’s nuclear and intercontinental ballistic missile programs, and train terror groups like Hamas, Hezbollah and the Islamic Jihad. They prop up Bashar Al-Assad in Syria and are responsible for numerous assassinations, missile attacks and bombing campaigns across the world, including the murder of over 600 US troop in Iraq.

The US designation puts major pressure on Iran as now anyone doing business with the IRGC, including its front companies that control those aforementioned sectors, they will not just be breaking US sanctions but providing funds to a terror group. This means that fewer people will do business with the IRGC and less money will be available for Iran to fund terrorism, build missiles, or suppress their own people.

In reaction, Iranian Supreme Leader Ayatollah Ali Khamenei made Hossein Salami the new head of the IRGC and labelled the United States Central Command in Bahrain as a terror group, in a failed attempt to show power and scare the US.
What the world must do is stand with the US and show the Regime that they shouldn’t threaten their fellow countries.

Fegelman says that Canada has already done a lot, including placing sanctions on Iran to halt its nuclear program, placing sanctions on IRGC officials, listing Iran as a state supporter of terror, and designating the IRGC’s Quds Force as a terrorist entity, but they can and should go further by listing the IRGC as a terror group as agreed in 2018.

He said: “Canada’s planned listing of the IRGC as an outlawed terror group serves to safeguard innocents worldwide and to protect Canadians and Iranians alike, while defending Canada’s allies and interests in the Middle East, and restoring international world order. Once implemented, this will be a proud Made in Canada moment.”

Merkel will stress support for Bush over Iran’s nuclear program

Bloomberg: German Chancellor Angela Merkel will use a visit...

UPI: The Supreme Court is taking a close look...