Several Protests in Iran Over the Weekend 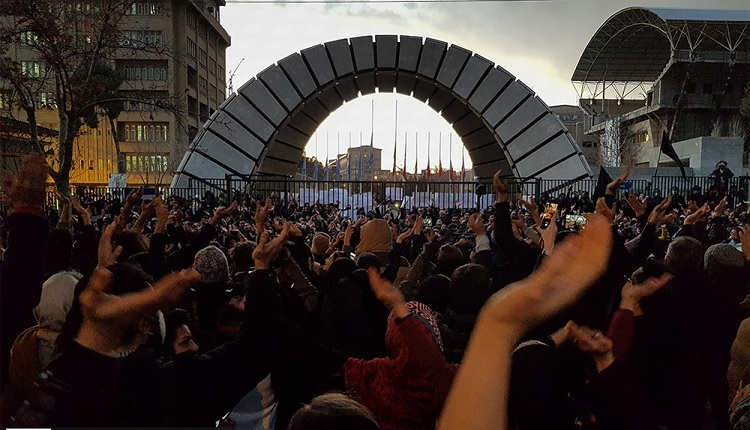 On Monday, Yazd University students began a peaceful protest over the poor quality and hygiene of food at the university’s dormitory, which has caused many students to suffer digestive problems. After collecting their food, the students laid their food trays on the floor.

This is similar to the protests held in October by students of Tehran University after a number of them got food poisoning after eating from the campus’ self-service section and at least 60 students were taken to hospital.

The student protest was one of many over the past few days and we will look at some of the others now.

Also on Monday, taxi drivers in Tehran held a rally outside the Ansar bank in Tehran’s Pasdaran street to protest the process for paying loans and their overdue salaries. The protest rally was held in front of Iran’s taxi drivers have been regularly complaining about the government’s policies regarding their rights and their salaries.

The protesters chanted: “Pharmacy workers will die but won’t give in to disgrace.”

Meanwhile, in Shiraz, pensioners of the city’s long-range communication company organized a protest in front of the governor’s office over not receiving salaries from 13 years ago when they were still working. This is the third time that they’ve held demonstrations in Shiraz, along with their families.

On Sunday, municipality workers in Sarish Abad, Kurdistan province, held a rally to protest four months of delayed wages. The employees went on strike as they rallied in front of the municipality headquarters.

Unpaid or delayed wages are a constant source of tensions among Iranian workers, with retirees affect the most because authorities’ destructive policies do not account for the growing inflation rate in their pensions. Therefore, many protests in Iran have held overwork problems.

These protests against deteriorating economic conditions are happening because the government squanders the country’s wealth on destructive projects, like the failed satellite launch over the weekend that cost millions.

At the same time, the Iranian government spends an outrageous amount on terrorist activities in the region. The Iranian parliament recently passed a bill to give 200 million euros to the terrorist Quds Force.

Reuters: Three gas pipelines have exploded in an Iranain...