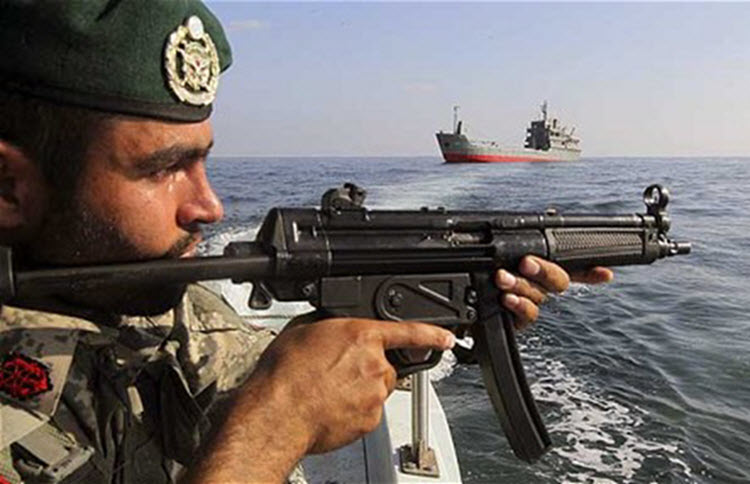 Kuwait officials have voiced their “concern” over Iran’s threat to close down the Strait of Hormuz, the only sea passage from the Persian Gulf to the open ocean, in response to US sanctions, because Kuwait is one of the countries that will be adversely affected if Iran follows through.

Kuwait’s deputy foreign minister Mr Jarallah told Kuwait News Agency (KUNA) on Sunday: “We are looking at these threats with concern, and hoping as always to distance our region from this tension.”

The Strait of Hormuz is a highly strategic waterway for shipping oil and Iran’s threat to close one of the globe’s most significant choke points could send shockwaves around the world, with oil-producing Middle Eastern nations being the worst affected.

Alireza Tangsiri, head of the Revolutionary Guard Corps naval force told the semi-official Iranian state media, Fars: “If we are prevented from using it, we will close it. In the event of any threats, we will not have the slightest hesitation to protect and defend Iran’s waterway.”

This announcement came shortly after the Donald Trump administration announced last week that it would allow sanctions waivers for Iran’s eight biggest oil importers to expire in early May. This means that from May 2, China, India, Turkey, Taiwan, South Korea, Japan, Italy, and Greece will have to stop importing Iranian oil or face penalties from the US.

The week before, the US officially labelled the IRGC a terrorist group, which was the first time that the US has ever labelled a part of another country’s government as a terror group.

Tensions have been rising between the US and Iran ever since Trump pulled the US out of a nuclear accord in May 2018, calling the deal “decaying and rotten”. The Iran Nuclear Deal, officially known as the Joint Comprehensive Plan of Action (JCPOA), was designed to curb Iran’s nuclear programme.

Importantly, experts doubt that Iran could really close the Strait of Hormuz.

Last Monday, Analysts at Eurasia Group published a research note which read: “Iran’s threat to close the Strait of Hormuz was a reflexive response that we do not take at face value. But we have long warned about the Iranian cyber threat, especially the prospect that Tehran could take down Saudi oil infrastructure. The risk is higher because Riyadh is playing an integral role in enabling the Trump administration’s harsher stance. The disruption of Saudi oil production could systematically rattle markets.”

Taiwan firm put on watch list after sales to Iran

AFP: Taiwan has placed a local company on a...

AFP: An Iranian soldier has been charged with killing...