US Vows to Tackle Iran Threat 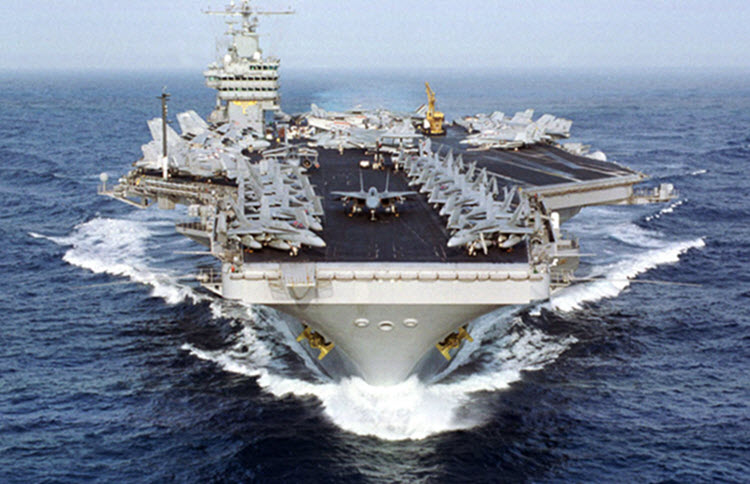 London, 30 April – US Central Command Chief General Kenneth McKenzie said on Saturday that the US would counter any dangerous actions by Iran by deploying the necessary resources.

McKenzie, who was on an official visit to the Gulf region, said: “We’re gonna continue to reach out to our partners and friends in the region to ensure that we make common cause against the threat of Iran. I believe we’ll have the resources necessary to deter Iran from taking actions that will be dangerous. We will be able to respond effectively.”

Tensions between Iran and the US have been rising ever since Donald Trump pulled the US out of the Iran nuclear deal with five world powers — Britain, China, France, Russia, and Germany — in May last year and began reimposing sanctions.

While eight of Iran’s biggest buyers were initially granted sanctions waivers, the US announced last week that it would not be renewing them, so Iran’s oil revenues are expected to drop dramatically again next month.

The White House said in a statement on April 21: “This decision is intended to bring Iran’s oil exports to zero, denying the regime its principal source of revenue.”

In response, Iran threatened to close the Strait of Hormuz, a strategic shipping lane, and disrupt oil shipments from Gulf countries.

Armed forces chief of staff Mohammad Bagheri said on Sunday: “We are not after closing the Strait of Hormuz but if the hostility of enemies increases, we will be able to do so… Today, all vessels and navy ships must answer IRGC navy’s questions.

U.S. warships also have responded to questions and we have not had a problem”.

Last Wednesday, Iranian Foreign Minister Mohammad Javad Zarif said: “We believe Iran will continue to sell its oil…[and] use the Strait of Hormuz. But if the United States takes the crazy measure of trying to prevent us from doing that, then it should be prepared for the consequences.”

Meanwhile, Zarif also said on Sunday that Iran may withdraw from the nuclear Non-Proliferation Treaty (NRT) in retaliation to increasing US sanctions.

He said: “The Islamic Republic’s choices are numerous, and the country’s authorities are considering them… and leaving NPT is one of them.”

Of course, Iran has threatened to leave the NPT or shut down the strait on several occasions over the past four decades and never has. Even expert doubt that Iran will do so now.

On April 15, the US also officially labelled Iran’s Revolutionary Guards Corps (IRGC) as a terrorist group.