Is Iran Testing the Trump Administration? 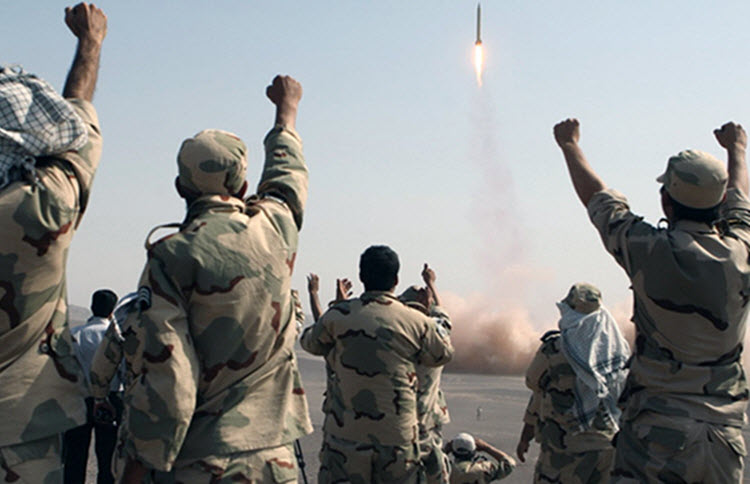 Tensions between the United States and Iran have been escalating over the past month. The USS Abraham Lincoln was sent to the Gulf, as was the USS Arlington warship that was loaded with amphibious vehicles and aircraft. The Trump administration also deployed B-52 bombers to the region.

The Trump administration was sending a very strong message that it would not be accepting any threat from Iran and that it is fully prepared to hold Iran accountable for any action it may take. Secretary of State Mike Pompeo also confirmed that the administration would be holding Iran directly accountable for any threats or attacks from Iran’s third-party proxies including Hezbollah and a number of Shia militia groups.

President Trump has said that his goal is not to enter into military conflict with Iran, saying that war would spell the end of the mullahs’ existence. And he is right because Iran is in an extremely weak position. The tough oil sanctions have seen Iran’s oil revenues plummet and it is no longer able to financially support its partners that is absolutely relies on, in particular Hezbollah. Not only could Iran not afford a war, but it could also not match the military power or sophistication of the United States and its regional allies including Saudi Arabia.

Yet Iran seems to be testing the United States’ resolve in all of this.

Trump administration officials have said very clearly that Iran will be met with “unrelenting force”, that it will be held fully accountable and any response from the United States would be “swift and decisive”.

So far, Iran has been involved in a number of acts that could only be described as provocations. On 12th May, four ships in the Gulf of Oman were sabotaged. On 13th May, the Houthi rebels in Yemen that are backed by Iran attacked Saudi Arabia’s oil facilities via drone. Less than a week later, on 19th May, a rocket was fired towards the Green Zone in Baghdad, very close to the U.S. embassy.

Following the attack in Baghdad, President Trump addressed the situation in a post on Twitter. He wrote: “If Iran wants to fight, that will be the official end of Iran. Never threaten the United States again.”

It seems that Iran is trying to see how far it can push the United States. The rocket attack near the U.S. embassy, considering it is known that Iran has ballistic missiles with pinpoint precision, was perhaps not aimed at the embassy at all, just close enough to see what the U.S. reaction would be. Or it could be that the particular militia that carried out the rocket launch on Iran’s behalf does not have precise technology and missed the target.

One thing is for sure though, whether the United States wants war with Iran or not, if the rocket had hit the U.S. embassy, President Trump would have no choice but to act. The Mullahs are in such a desperate place that its next move might be unpredictable. Military conflict would be a certain death for them. But collapse is imminent either way.