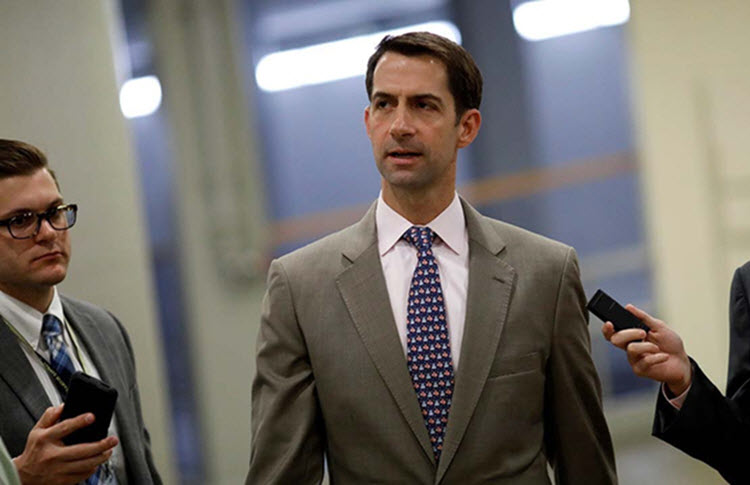 At the beginning of the week, Iranian Foreign Minister Mohammad Javad Zarif took to social media to criticise the United States. In a message on Twitter, the Iranian Foreign Minister said that it is in the United States’ interests, and those of the rest of the world, to remove its forces from the Persian Gulf. He added: “But it’s now clear that the #B Team is not concerned with US interests—they despise diplomacy, and thirst for war.”

Zarif, this week, will be placed under sanctions. Treasury Secretary Steven Mnuchin made the announcement earlier this week. In a statement, he said that President Trump had given instructions for the designation to take place quickly. The administration has also targeted several senior commanders of the Islamic Revolutionary Guard Corps (IRGC). 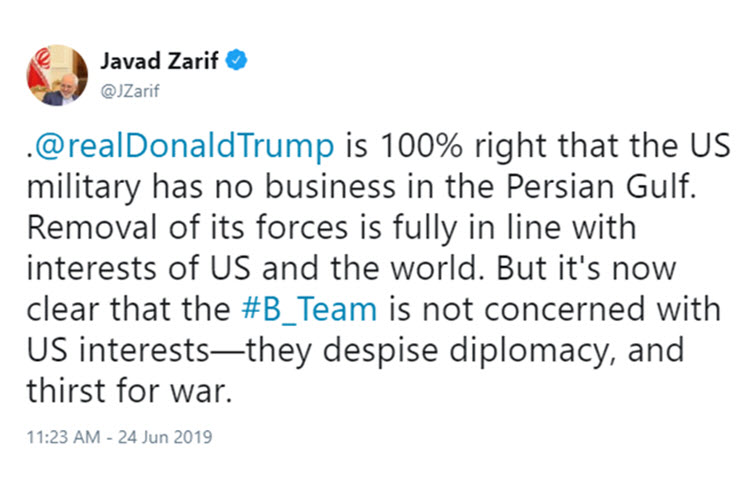 The Trump administration has made it very clear that these latest designations are a result of the Iranian regime’s “aggressive behaviours”. One such incident is the downing of the unmanned U.S. drone that Iran claimed was in its airspace.

Sen. Tom Cotton reacted to the Foreign Minister’s comments on social media, mocking his stance and highlighting the regime’s widespread corruption that continues despite the detrimental and devastating effects that it has had on the economy.

In an interview on Fox News, Senator Cotton ridiculed Zarif’s criticism of U.S. sanctions, saying that he “can tweet from Tehran all he wants because when he faces sanctions later this week he is not going to be traveling to Europe, the United States to spend his people’s money in five-star restaurants anymore.”

There are concerns that there will be military conflict – something that a number of Trump administration officials have said they are keen to avoid. Senator Cotton also reaffirmed that he, just like the U.S. President, does not want to see military conflict, but emphasised that the United States cannot sit back and watch events unfold without taking some form of retaliation.

Senator Cotton also pointed out that Iran has launched attacks against foreign vessels and against U.S. surveillance aircraft. He said that “retaliatory strikes” are warranted, and needed, pointing to President Reagan’s action in 1988 for similar belligerence. He also said that the Trump administration took action over the past few years following the Syrian president Bashar al Assad’s chemical attacks against his own people.

Responding to criticism of the U.S. administration’s strategy that some say will only lead to further confrontation, Senator Cotton highlighted that the maximum pressure campaign is showing positive results. He said: “The sanctions today will go directly to the supreme leader of Iran – a supposedly godly man who is by some accounts worth 200 billion dollars, making him one of the richest and greediest men in the world.”

Drink-driving tests coming to Iran, where alcohol is banned