Rajavi: Leader of the Iranian Opposition Calls for Regime Change by Iran’s People 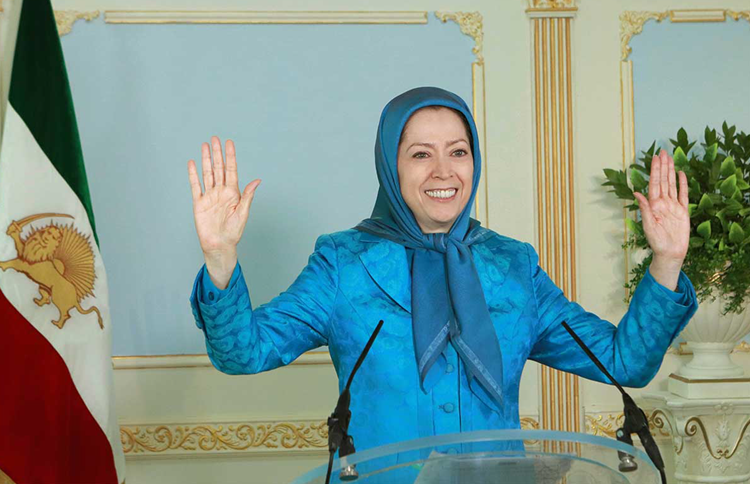 The Washington Times has published a selection of speeches made by president of the National Council of Resistance of Iran (NCRI), the main opposition to Iran’s rulers, Mrs. Maryam Rajavi.

Through all of her speeches, Mrs. Rajavi makes it very clear that the aim of the NCRI and its main constituent group People’s Mojahedin Organization of Iran (Mujahedin-e Khalq, PMOI or MEK) is to achieve freedom, human rights and democracy and has repeatedly emphasized the importance of achieving this through peaceful means.

Mrs. Rajavi has said: “Yes, we do not want anything more than freedom and human rights, which will of course also open the way for us toward development and justice.”

Emphasising the importance of these values, Mrs. Rajavi has pointed out that peace and security in the Middle East and beyond will ensue, as will “an Iran free of religious fascism, a non-nuclear Iran and an Iran without terrorism and belligerence”.

During the March in Solidarity with the Uprising and the Iranian Resistance for Regime Change in Washington D.C., Mrs. Rajavi pointed out that the Iranian regime considers the United States to be the enemy of Iran, but reiterated that the Resistance and the people of Iran know fine rightly that this is not the case. The people are well aware that the enemy is the religious dictatorship ruling Iran. The dictatorship that brutally oppresses its own people and the leadership that has caused considerable bloodshed across Iran and throughout neighbouring countries.

Mrs. Rajavi backed this view up by listing just a few of the ways the Iranian regime has shown its malign intentions. She said: “From developing a nuclear bomb to bombing plots in Albania and France, to bombings and planting of mines on oil tankers in the Persian Gulf, to the explosions, drones and missile attacks on Saudi Arabia and targeting of the U.S. Embassy in Baghdad, the evidence is clear.”

The Iranian regime has become emboldened over the years because, as Mrs. Rajavi states, the mullahs have not been held accountable for their actions. Their belligerence has intensified, with Mrs. Rajavi giving the example of the missile attack against a U.S. drone and the launching of Katyusha missiles in Mosul and Basra.

The people of Iran have suffered under the regime for four decades and this is overseen by many who ignore the issue and concentrate on the regime’s activities abroad. Mrs. Rajavi said: “For the past 40 years, the regime has persistently waged wars against the people of Iran and the world. Still, regime apologists and those who benefit from its continued rule feign concern for war. They use this as a pretext to dissuade the world from adopting any form of decisiveness, and instead urge appeasement of the ruling murderers in Iran.”

The Iranian opposition, led my Mrs. Rajavi, has strong bipartisan support in the United States and it is the force that is giving the brave people of Iran the courage to continue fighting for freedom.

Political turmoil flares in Iraq as U.S. pulls out