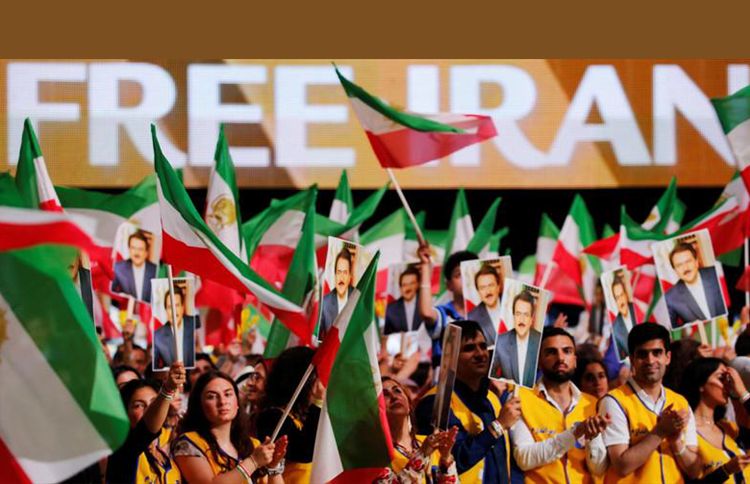 If you’ve ever searched the news media on subjects related to Iran, you must have noticed the massive amount of negative campaigning that surrounds the subject of Iranian main opposition group, the Mojahedin-e Khalq or MEK.

These reports usually claim that the movement is comprised of a small group of exiles who carry no support among Iranians. But, having that said, no one ever explains – if the group has no support among its own people and carries such small weight in the Iranian politics – then, what all the fuss is about?

Why so much time and resources should be spent demonizing a small dissident group when there is so much at stake with the Iranian government and its international political deadlock.

And, in fact, where does all the financing for these huge international campaigns come from?

It is quite important to know that the small group of people that we are talking about, the MEK, recently staged a series of three massive demonstrations in Brussels, Washington D.C., and Berlin. Over 15 thousand attended the last demonstration held in Berlin and the other two gatherings are said to have had the same number of people attending.

The group has brought together large crowds of some over hundred thousand in Paris in the past calling for regime change in Iran. Gatherings in which many top former officials and highly respected political figures from western countries have attended.

The group’s main members where airlifted from Iraq to Albania about two years ago in order to protect them from regular shelling of their camp by the Iranian-supported militia forces. Attacks that regularly claimed the lives of many unarmed Iranian resistance members who had taken refuge in Iraq.

And now, Albania is home to about 3000 MEK members as the core of the Iranian resistance movement. A movement that brings together thousands and thousands around the world calling for the downfall of the mullahs’ regime in their homeland, Iran.

This is the movement, that has the mullahs’ going out of their ways spending the very last bit of their resources demonizing them. That is because the mullahs find no other way out of the situation they’ve got themselves into.

For 40 years, the mullahs tyrannical rule in Iran has completely exhausted the country’s youth and wealth. Thanks the to the mullahs, Iran is now regarded a bully in the region and the world trying to proliferate nuclear weapons and supporting terrorism and bloodshed across the globe.

And, at such time, the only voice calling for change from within Iran is that of the MEK and the Iranian resistance, forever determined to finally bring about a democracy in that nation.

Let us listen to this voice as it resonates the voice of the Iranian people as a whole.

AFP: President Mahmoud Ahmadinejad is heading to China this...