MEK Prisoners Massacred in 1988: Crime Against Humanity by the Mullahs’ Regime 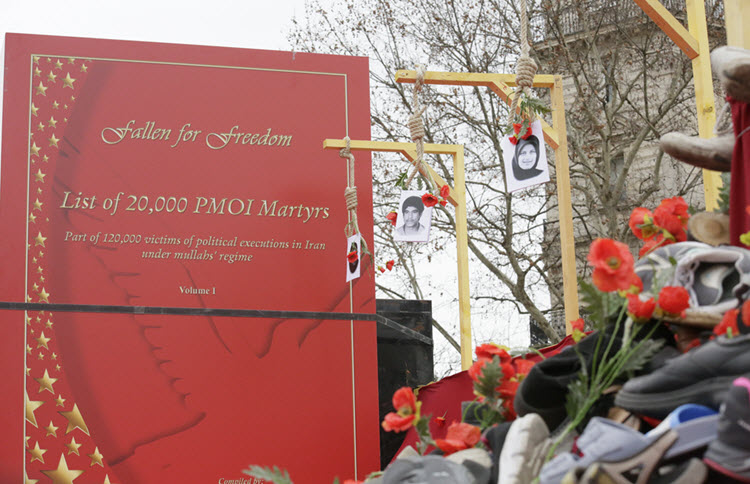 During the summer of 1988, more than 30,000 political prisoners were executed in Iranian prisons. The vast majority were supporters and sympathizers of the People’s Mojahedin Organization of Iran (PMOI/MEK) but there were also other victims such as supporters of leftist groups.

Seizing the opportunity to rid Iran of thousands of political prisoners, many of them in jail since 1981, the Ayatollah Khomeini issued a fatwa and uttered the following words: “It is decreed that all prisoners in Iran who remain faithful in their support for the Monafeqin (a derogatory term used by the mullahs to refer to MEK members) are engaged in a war against God and are condemned to death. “

Committees of Death were created. They consisted of a religious judge, an intelligence officer and a prosecutor and simply asked the prisoners if they remained faithful to their support for the MEK. A former employee of Evin prison, Kamal Afkhami Ardekani presented to the United Nations as a witness, said: “They lined up the prisoners in a room of 14 meters by five in the office building and asked them a single question, “What is your political affiliation? Those who answered the MEK were hanged on cranes parked in the parking lot at the back of the building. “

In March 1989, the French newspaper Le Monde reported: “Imam Khomeini summoned the Revolutionary Prosecutor, Hojjatol-Islam Khoeiniha, to inform him that henceforth all MEK members, whether in prison or elsewhere, will have to be killed. Because of their war against God. Executions were preceded by arbitrary trials. The trial was to pressure the prisoners in different ways to repent, to change their habits and to confess. The execution of young MEK members is reported, including those who had been imprisoned eight years earlier when they were between the ages of 12 and 14 for participating in public demonstrations. “

In a letter to his son Ahmad, Khomeini said, “Annihilate the enemies of Islam immediately.” According to Ardekani’s testimony, “The process continued over and over, without interruption.” In two weeks, more than 8,000 political prisoners were executed, secretly buried in collective graves across Iran.

According to Amnesty International, “The execution orders came from the highest peaks of the Iranian State and were supposed to face a perceived danger from the armed opposition groups, especially the MEK and the Fedayan-e-Khalq organization. Amnesty International believes that these executions constitute a crime against humanity. “
As one of the few political prisoners who survived the 1988 massacre specifies: “The international community to this day still sits alongside instigators of this massacre, who hold key positions in the Tehran government. It’s a shame. “

In fact, former Minister of Justice of the actual Iranian President Hassan Rouhani, Mostafa Pour-mohammadi, is a former member of the death committees of 1988. As a representative of the Ministry of Intelligence, he was a member of the tripartite committees who supervised and executed tens of thousands of political prisoners in the summer of 1988. Ebrahim Raissi, currently head of the judiciary, was also closely involved in the 1988 massacre.

Human Rights Watch, citing Ayatollah Montazeri’s memoirs, writes: “Ayatollah Montazeri introduced Mustafa Pour-Mohammadi as the representative of the Ministry of Information to interrogate prisoners in Evin prison and considers him to be one of the central figures of the mass executions of prisoners that took place in Tehran. He recounts a meeting with Pour-Mohammadi and the other two members of the Evin Prison Committee. The report goes on to say: “Ayatollah Montazeri, quoting official executions, places the number of prisoners executed between 2,800 and 3,800, but admits that his recollections are not precise. Montazeri writes: “According to the persons charged to execute the orders of [Ayatollah Khomeini], about two thousand eight hundred or three thousand eight hundred – I do not remember exactly – men and women were executed.”

The history of executions since the establishment of the Islamic Republic of Iran shows that the death penalty, arbitrary and extrajudicial executions in Iran constitute an institutionalized means of governance and represent the modus operandi of the Iranian regime.

Arms Shipments Seized on Route to Yemen May Be Iran-Made

AFP: Two of the eight Iranian officials targeted by...