Iran’s Provocations in the Gulf May Trigger a War 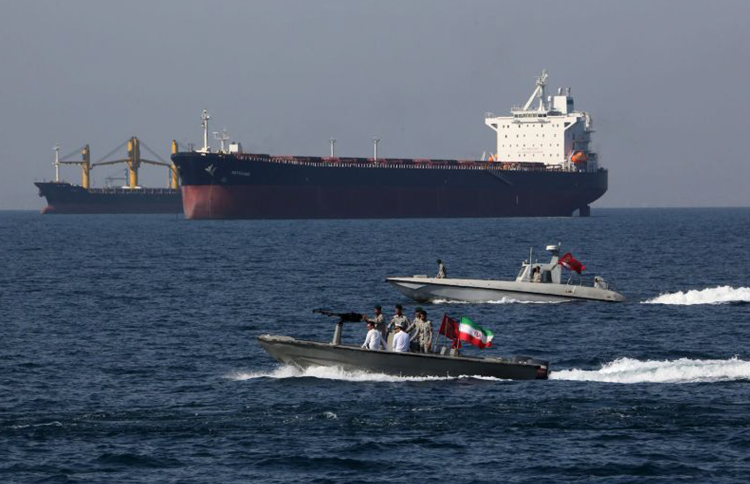 In the past month, Iran has been responsible for many provocations against vessels in international waters in the Persian Gulf, which pose a severe threat to maritime traffic and global oil supplies.

Since June 20, Iran has shot down a US military drone that was in international airspace, tried to impede the passage of a British oil tanker using armed Iranian boats, seized a different oil tanker that it claimed was carrying 1 million litres of “smuggled fuel”, sent a drone to take threatening actions against the USS Boxer, which resulted in the loss of said drone, and captured a British-flagged oil tanker.

Maryam Rajavi, the president-elect of the National Council of Resistance of Iran (NCRI), tweeted: “The mullahs’ unbridled actions in the Persian Gulf for blackmail need a firm response by the international community. They should not be allowed to be emboldened. Force &firmness is the language they understand well. They must not be given the chance for further blackmail Iran”.

This latest incident, the seizure of the Stena Impero, will make it hard for Britain or the US to hesitate anymore. Indeed, Britain has already warned that Iran has chosen “a dangerous path of illegal and destabilizing behaviour” and warned British ships to avoid the area.

On Friday, Foreign Secretary Jeremy Hunt said: “We are absolutely clear that, if this situation is not resolved quickly, there will be serious consequences.”

Following a meeting of the British government’s emergency committee, the UK said it wanted to establish a European force to protect shipping in the area.

While Donald Trump commented that this only went to show that he was right when he said that Iran was “nothing but trouble” and that the sanctions were working.

He said: “Iran is in big trouble right now. Their economy is crashing. It’s coming to a crash.”

Ambassador Robert Joseph, speaking at the Free Iran rally at the base of the Iranian Opposition People’s Mojahedin, or Mujahedin-e Khalq (MEK), in Albania earlier this month, said: “We should start with maximum pressure, and the administration has been doing a good job. The sanctions are having a deep impact on the Iranian economy. If we show weakness, it’s provocative. When we show strength, the regime backs down. It’s important that we always keep in mind that the show of strength is key to success.”

This has reignited concerns that Iran will deliberately take action and make a move that will kill an American.

James Stavridis, a retired US admiral and former supreme commander of NATO, said: “[Iran] seem to believe that the best way to break out is bad behaviour — striking and seizing tankers, offensive cyber-attacks and shooting down US drones. The US eventually will strike at Iranian naval assets as we did in the 1980s tanker wars unless Iran stops its activities. Buckle up.”

The Times: Dying for a drink? Men and mules...