US Will “Aggressively” Enforce Sanctions on Iran 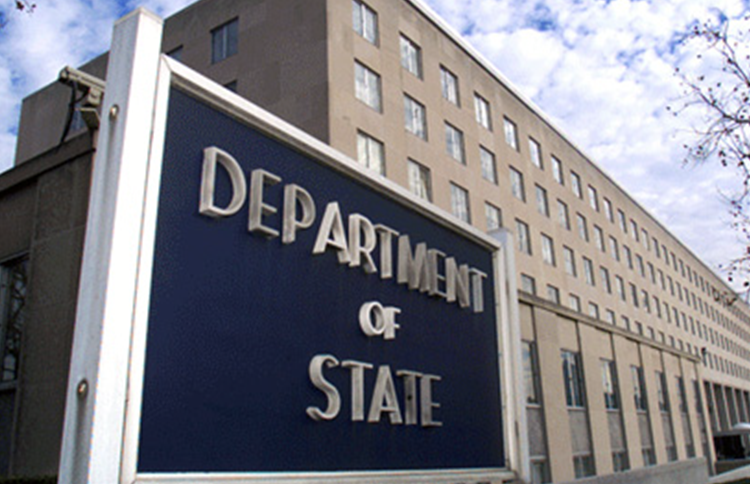 The United States will “aggressively” enforce its sanctions against Iran in order to deter the private sector or any foreign government from helping an Iranian oil tanker travelling through the Mediterranean that Washington want to seize, according to a State Department official on Thursday.

The official, who spoke on condition of anonymity, told Reuters: “The shipping sector is on notice that we will aggressively enforce US sanctions.”

The official warned that the US would take strict action against anyone who directly or indirectly helped the tanker.

They said: “All parties in the shipping sector should conduct appropriate due diligence to ensure that they are not doing business with nor facilitating business for, directly or indirectly, sanctioned parties or with sanctioned cargo.”

These comments came just days after the US warned countries not to allow the tanker to dock.

Ship tracking data shows that the Adrian Darya tanker, previously called Grace 1, was last spotted heading toward Greece, a country that was permitted to buy Iranian oil until the US sanctions waivers expired in May. There is no evidence that Greece has purchased Iranian oil since and Greece’s Prime Minister Kyriako Mitsotakis said it was not heading to his country.

Indeed, it is believed that the ship is heading towards Syria to supply the Bashar Assad regime with oil, in direct violation of European Union sanctions on supporting the dictator. That’s why authorities in Gibraltar and British Royal Marines seized the ship in waters off the coast of Gibraltar at the beginning of July.

Two weeks later, in response to the tanker seizure, Iran seized a British-flagged Swedish-owned oil tanker, the Stena Impero, for supposed violations of maritime law in the Strait of Hormuz; hitting an Iranian fishing vessel and not responding to calls for help. Although the timing is very coincidental, leading many to believe that there was no violation.

The Adrian Darya was released from detention last week following a five-week standoff. Following the lifting of the detention order on the Adrian Darya, the US federal court ordered that the boat be seized on the grounds that it violated US sanctions, but Gibraltar said it was bound by looser EU sanctions and could not detain the ship.

Iran has not released the Stena Impero, initially claiming that an investigation still needs to be carried out, but following two meetings between Iranian foreign minister Javad Zarif, his Swedish counterpart, Margot Wallstrom, and the chief executive of Stena Bulk, the ship’s operator, there are indications that Iran may release it soon.

In Iran, a long night of fiery protests (Photo report – 2)