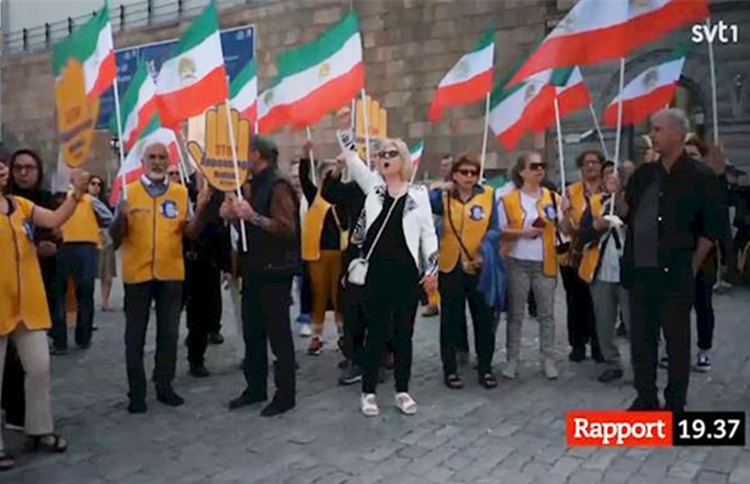 The Swedish media have been reporting on the protests in Stockholm by supporters of the Iranian opposition over the visit of Iranian Foreign Minister Mohammad Javad Zarif.

This meeting was part of the Iranian government’s plan to find a way to salvage the Joint Comprehensive Plan of Action (JCPOA), commonly known as the 2015 Iran nuclear deal. While Sweden is not a signatory to the deal, Tehran clearly hopes that Sweden will convince the European signatories – France, Germany, and the UK – as well as the European Union to help Iran evade US sanctions and save the mullahs from the economic crisis they are engulfed in. 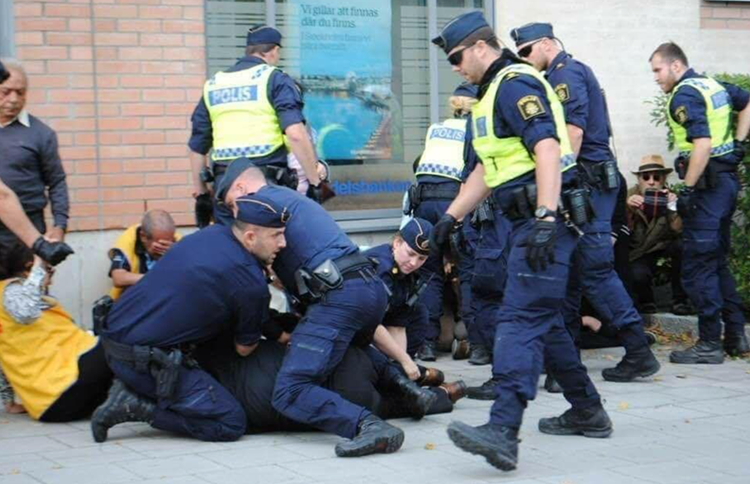 They also showed protesters were holding signs that read, “Zarif is like Gobbles,” in a reference to Adolf Hitler’s propaganda minister in Nazi Germany.

One protester told reporters: “We will never forget this day.”

Swedish police blocked the roads around the Foreign Ministry in Gustav Adolf Square from 9 am local time to stop the protesters, but the Iranians still launched their demonstration at 9:30 am and continued even when police cavalry units equipped with batons attacked them. 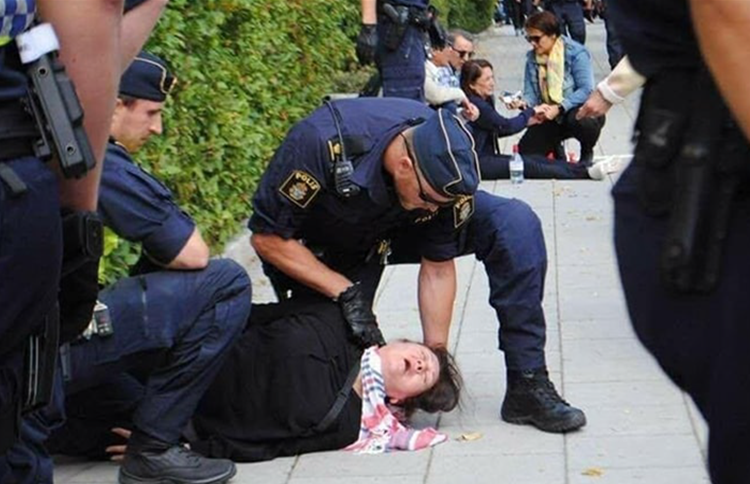 Sweden’s Channel 2 TV and The Expressen, one of Sweden’s two nationwide evening newspapers, also reported on the Iranian dissidents’ demonstration against Zarif’s visit to downtown Stockholm and his meeting with Wallström.

Given the heavy criticism of the meeting from many sides, Zarif did not attend the planned press conference following the meeting, leaving Wallström to face reporters on her own and explain why a nation committed to human rights, would entertain the face of a government with the highest execution rate per capita in the world. After all, Iran has been censured by UN bodies 65 times for violating the Iranian people’s freedoms, discrimination against women, and the use of torture, among other things.

Zarif, himself, is sanctioned by the US and it’s not clear if he will be allowed to travel to New York in September during the United Nations General Assembly or deliver speeches.

On his visit to Scandinavia, Zarif was also met with protests in Norway.

AFP: A US soldier was killed in central Iraq...