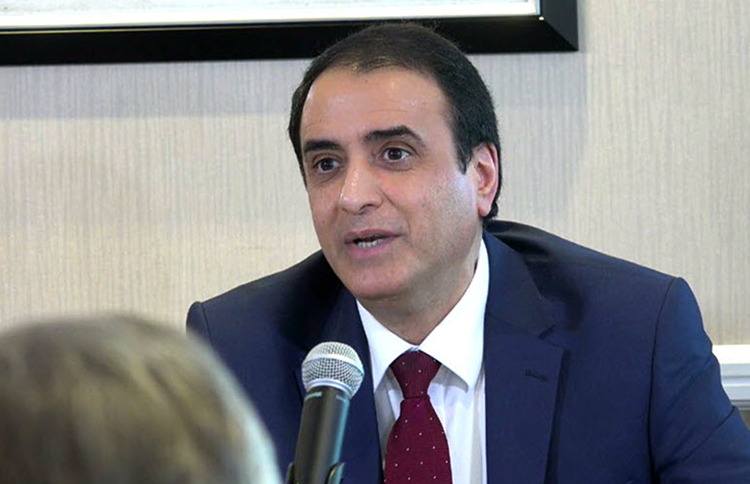 A member of the main opposition to the Iranian government has told Britain’s Express newspaper that the Iranian “regime” has been able to take dual nationals hostage and use them as a “bargaining chip” with the West because of the “weak” approach that the European Union takes towards the rogue regime.

Hossein Abedini, from the Foreign Affairs Committee of the National Council of Resistance of Iran (NCRI), said Monday: “Whatever the regime says it’s not from a position of strength. If they saw robustness and if they saw a strong action, a unified action, they would retreat from their position. Our experience for many many years is that this regime has faced lots of crisis inside Iran.”

He continued: “It’s only a hollow threat but it’s, of course, a terrorist regime so the only way to deal with it is not to give it further concessions. They should deal with it as strongly as they say. There are tactical measures that should be taken. Especially putting the IRGC down on a terrorist list.”

Abedini went on to say that the weak policies on Iran adopted by European governments are “counterproductive” and don’t really challenge Tehran’s atrocities.

His comments came on the same day that Donald Trump backed away from confronting Iran after French President Emmanuel Macron stunned his counterparts by inviting Iran’s foreign minister Mohammad Javad Zarif to the G7 Summit in Biarritz for talks to end the ongoing feud between Washington and Tehran.

Trump said he was blindsided by Zarif’s visit and thought it was too soon for a meeting, although stressing that he had no objections to it. The meetings would be focused on a new nuclear deal, after the US pulled out of the previous one last year, citing Iranian non-compliance, and reimposed sanctions on the Iranian economy.

He said: “I’m looking at a really good Iran, really strong; we’re not looking for regime change. And we’re looking to make Iran rich again, let them be rich, let them do well.”

Some Iran observers say regime change is the wish of the Iranian people, who have been taking part in a nationwide uprising since December 2017.

by Jubin Katiraie The United States and its allies...