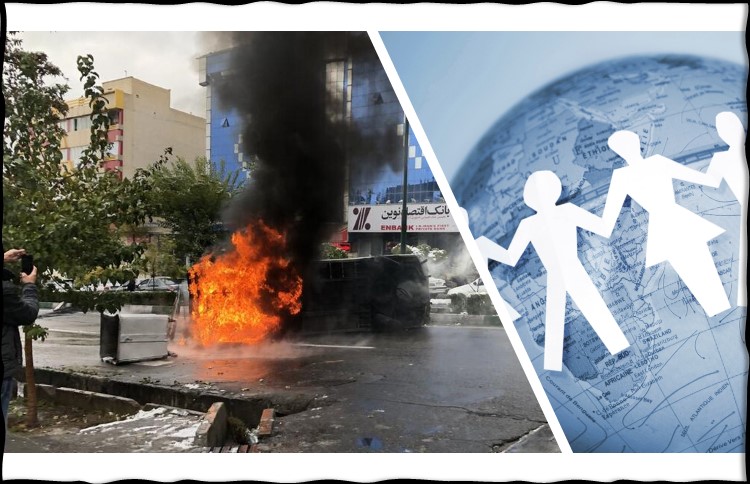 The Iranian government continues the shutdown of the Internet to oppress the people because it has no other way than to use such tools to prevent protests by people who have attempted to overthrow this corrupt government.

The Internet shutdown is, according to international media and political analysts, a way to silently repress the Iranian people.

But as analysts have said, this time is different and the Iranian government has no way to extinguish the fire that the young people have ignited.

In this regard, the spokesman for the UN Secretary-General stated at a press conference that they are tracking reports of the death toll, which they have seen in recent demonstrations, and that for their part they have issued statements made by the High Commissioner for Human Rights, including a call that the Iranian people have access to the internet again.

About the suppression of the Iranian people US Senator Mitch McConnell said:

“And now tens of thousands of Iranian people themselves are raising their voices in righteous anger at what has become of their living conditions and their country. The Iranian people are feeling the pain inflicted by the brutality, selfishness, and extremism of their ruling class.”

“Reports over the weekend indicated an enormous, unprecedented Internet blackout aimed at keeping Iranians in the dark, and suggest Iranian leaders are threatening yet another violent crackdown against their own citizens.”

Protests by international personalities and institutions continue to take place in connection with the internet shutdown by the Iranian government:

The US Department of State said:

“More than 90 hours after shutting down the internet for the Iranian people, the hypocritical regime leaders use it to spew their propaganda. Respect people. Unblock the internet.”

….They want ZERO transparency, thinking the world will not find out the death and tragedy that the Iranian Regime is causing!”

US Senator Tim Kaine condemned the Iranian government’s crackdown on the people:

“Authorities in Iran have shut down the nation’s internet in an attempt to silence protesters and have callously referred to demonstrators as ‘thugs.’ Reports indicate at least a dozen people have been killed, more injured, and over 1000 have been arrested. I stand with those who are protesting peacefully and condemn the Iranian government’s crackdown on its own citizens.”

Former US ambassador to the UN Nikki Haley declared her support for the Iranian people:

“106 protesters in 21 cities were killed over the course of the protests in Iran. Hundreds of people have been injured & more than a thousand arrested. We should all stand with the Iranian people who desperately want a better life away from the Iranian regime.”

The French government on 20 November expressed its concern over the crackdown on the Iranian people:

Anna Fotyga, a Polish lawmaker in the European Parliament, condemned the crackdown on the people by the Iranian government:

“I strongly condemn the lethal force used by the regime in Teheran against the people of #Iran. The democratic world cannot cooperate with the regime responsible for the death of more than 100 people. Barbaric pacification of protesters and shutdown of the internet shows that the regime.

Trying to secure its personal power and wealthier has abandoned the people of #Iran. The personal responsibility of Ayatollahs and members of the Revolutionary Guards for the bloodshed is clear and justice will be delivered. I call the VP/HR for a strong and firm action.”

And there was also the position of Len Khodorkovsky, a US State Department senior advisor for Public Affairs quoted U.S. Special Representative for Iran Brian Hook:

“@khamenei_ir has called the people of Iran ‘thugs.’ Khamenei is really describing his own regime, not those brave Iranians who are raising their voices to protest his actions.” – U.S. Special Representative for Iran Brian Hook

Kerry lands in Saudi to ease tensions over Syria, Iran

AFP: China and India on Wednesday were again exempted...