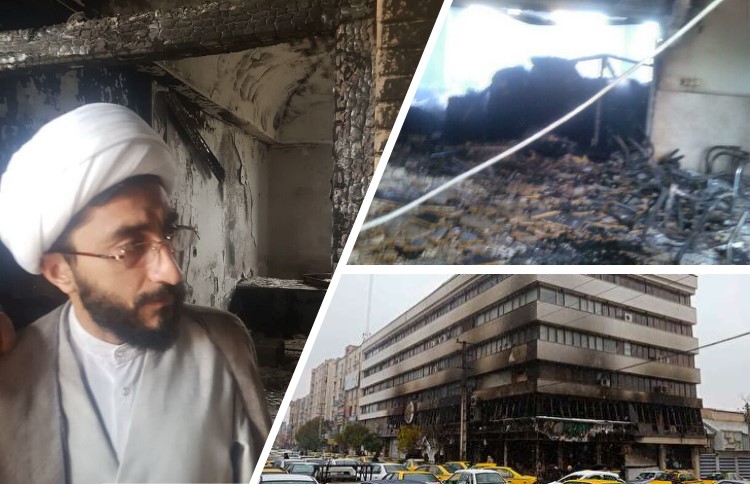 In its editorial, Javan Online, affiliated to the Revolutionary Guards, described the character of the recent uprising in Iran as ‘organized violence’ and insisted protesters were ‘trained rioters’.

The Sepah daily also wrote: “The special role of women in the uprising and the incitement of youth and the attacks on Women Basiji bases was similar to the style of the Mojahedin-e-Khalq (MEK/PMOI)”.

At the same time, the state-run Khabar Fori website wrote about the uprising of the Iranian people: “There is a question as to why women have become the key bead in the recent turmoil. The most important answer to this question is that the presence of women has been an important factor in arousing the feelings and emotions of the people. Wearing uniforms, masks and swimming pool goggles has increased their resistance to tear gas, allowing them access to such facilities even when local police and law enforcement agencies fail to deal with them and clear the field for other security forces.”

This website added: “Violent cells each contain an average of 40 to 50 people. The performance of these cells is layered. One layer’s mission is destruction, the other layer is to install fear and the next layer has the mission to cover agents so that they can evade arrest. Another indicator is the unified clothing and symbols of these groups. The benefit of these one-color suits is to help identify each other during operations”.

“In many places, especially in the suburbs of Tehran, women in the age of 30-35 years, appear to have a special role in leading the riots. These women wearing uniforms each have with a separate task. One takes images of the riots, another blocks cars and the other one calls the people to join the queues of the riots.

Asadollah Abbasi, a spokesman for the regime’s Parliament, quoted Ali Shamkhani, secretary of the Supreme National Security Council, as saying: “Some people who were provoking people on the streets were identified as being linked to the MEK”.

The state-run Vatan newspaper quoted the public relations department of the Revolutionary Guards in Alborz province as saying that they had arrested and detained 150 suspected riot leaders.

According to the regime’s official news agency, IRNA, a senior member of the Revolutionary Guards in Fars, said: “Investigations by senior Mojahedin-affiliated rioters have revealed that creating permanent insecurity in the community has been one of the main goals of this organization”.

US tells banks to guard against Iranian activity

By Pooya Stone The US produced on Wednesday limpet...