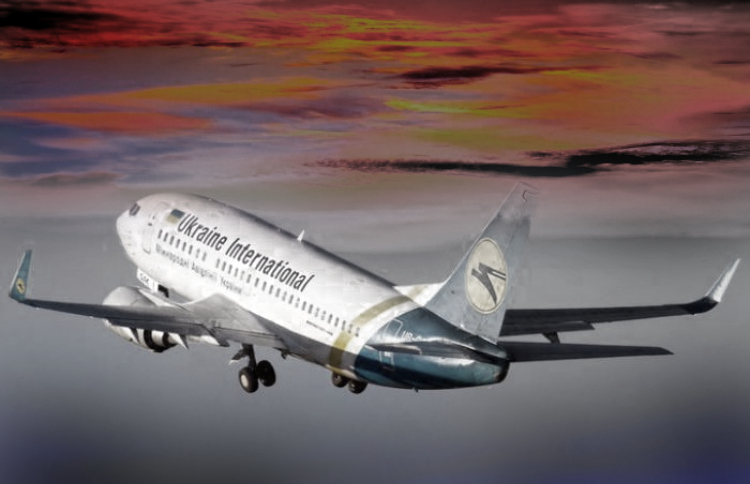 When Iran shot down a commercial airliner on January 8, officials seemed to have a cover story ready before the plane even hit the ground, killing all 176 people on board.

The earliest reports from inside the Islamic Republic assured readers that the crash had been the result of a “technical problem,” and some international news outlets went along with it, reporting that it appeared unlikely the Boeing 737 was struck by a missile.

The Iranian government’s deceptions went on for three days, even after the US cited satellite images and radar data to demonstrate that the flight had almost certainly been struck by an Iranian missile.

“Almost certainly” became “undeniably” when a civilian video from outside Tehran showed Ukraine International Airlines Flight 752 being struck by an ascending projectile and then going down in flames. Additional information would later show that the aircraft had been hit by two different missiles, within 30 seconds of each other.

Iranian officials ultimately owned up to most of these facts, but they did so only in the face of the most overwhelming evidence. And before that, they did everything in their power to keep that evidence under wraps.

Even after acknowledging the shoot-down, authorities still sought to punish those who shared information about the incident or criticized the government over it.

One Iranian citizen was reportedly arrested for sharing a video of the missile strike online. And when protests broke out over the government’s attempt at a cover-up, crowds were violently dispersed, with security forces firing live ammunition and tear gas in a small-scale repeat of the tactics that left 1,500 people dead at the end of anti-government protests that began on November 15.

Those earlier protests, which spanned nearly 200 Iranian cities and towns, were notably characterized not only by bloodshed but by unparalleled restrictions on the free exchange of information.

Never a bastion of free speech or uncensored journalist, the Islamic Republic became a virtual lockbox during the first week of the nationwide uprising, as the government cut off all internet access in hopes of slowing the pace of revelations about its violent crackdown.

The internet blackout can easily be seen as a dry-run for the government’s long-held plans for the creation of a National Information Network that only allows information the mullahs have pre-approved. The dream of this self-imposed isolation has steadily turned into an obsession, and it’s easy to see why.

The protests over the Flight 752 cover-up go a long way toward showing the kind of challenges the government faces when its disinformation falls apart. Meanwhile, Tehran’s unwillingness to cooperate with the international community over the investigation provides more incentive for assertive Western policies toward the Islamic Republic.

Disinformation helps the mullahs to hold onto power, but as time goes by and that disinformation piles up, the truth poses an ever-greater existential threat to the government.

It isn’t difficult to imagine how much that threat would be amplified if both the Iranian people and the international community came to understand the sheer depth and scale of the lies that Tehran has been telling to preserve the theocratic system for the past four decades.

To a great extent, these things are already known, but the government has been skillful at sowing the seeds of doubt by finding sympathetic voices in Western media and by prompting its own intelligence assets to masquerade as impartial experts on regional affairs and Iranian politics.

There is perhaps the no greater example of the ayatollahs’ successful propaganda campaigns than their demonization campaign against the leading Iranian opposition group, the People’s Mojahedin Organization of Iran (PMOI-MEK).

Tehran even once succeeded in compelling Western authorities to designate the MEK as a terrorist organization. Apart from spreading complete fictions about the organization, the government even managed to ascribe some of its own terrorist activities to its greatest political adversaries.

Iranian officials acknowledged this themselves after Intelligence Minister deputy Saeed Imami was arrested in the wake of the 1990 “chain murders,” which Tehran had sought to blame on the MEK.

And unfortunately, Western governments have historically been prone to taking these sorts of claims for granted. That same gullibility has led many policymakers to embrace the government’s narrative about its own hold on power and the supposed lack of a serious challenge to the theocratic system.

Recent unrest goes a long way toward undermining that narrative since the MEK has demonstrated its nationwide influence while playing a leading role in anti-government uprisings. Meanwhile, Tehran’s lies have become harder and harder for the international community to swallow.

Part of this is due to the fact that those lies are simply easier to expose today than they were 40 years ago. But what is arguably more important is the simple recognition of the Iranian government’s inherent, all-encompassing dishonesty.

That recognition is as powerful a tool as any other when it comes to confronting the world’s leading state sponsor of terrorism. The more readily its lies and propaganda are recognized, the more prepared the international community will be to adopt policies that align with the truth.

And it is a vital part of that truth that the Iranian government is not half as strong, confident, or innocent as it would have the world believe. It is deeply hated by the Iranian people, who are lining up in ever-greater numbers behind an organized Resistance that promises them the democratic governance they have been deprived of for their entire modern history.

BBC: The Iraqi government has been accused of denying...