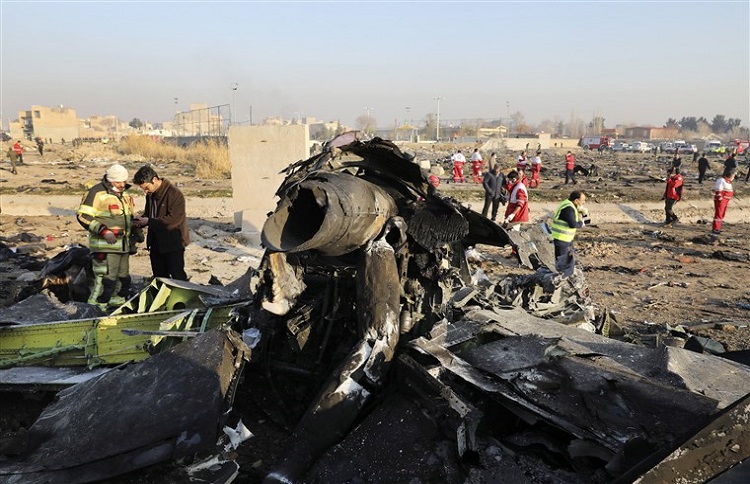 Ukraine’s TSN television channel has broadcast an audio file that proves the Iranian government knew immediately about the missile strike that downed  Ukrainian International Airline flight 752 as it left Tehran and killed all 176 passengers and crew, and more importantly that the government’s top officials tried to cover it up.

The audio is a conversation between the co-pilot on Aseman Airlines flight 3768, during its landing approach at Tehran’s airport, and the control tower, which happened at the same time as the plane crash.

Ukrainian President Volodymyr Zelensky confirmed the recording’s authenticity and said that the government was aware from the beginning.

There is no possible reason for the control tower to have sat on this evidence.

This means that the government knew that night that they were responsible for the downing of the plane, but kept quiet for three days until other evidence was given to authorities in other countries who pushed Iran to come clean. During that period, the government blamed a mechanical fault and made the victims’ families suffer.

At that time, Rouhani’s representative Ali Rabiee, falsely claimed that the government did not know about the missiles hitting the plane until two days after the crash and one day before they began to tell the truth. But the government can’t keep their stories straight.

On January 11, IRGC Brig. Gen. Amir Ali Hajizadeh, said that he had informed “officials” that the plane had been shot down by the IRGC on January 8, which means Supreme leader Ali Khamenei had been informed early on as well.

The National Council of Resistance of Iran said: “Khamenei and Rouhani, therefore, directed an extensive cover-up to conceal, lie, and mislead the public and the international community at all levels of the government with complicity of all its factions… Nearly a month later the government continues to stall and lie, and refuses to hand over the plane’s black boxes to relevant authorities in a bid to prevent the disclosure of the truth about this major crime.”

NCRI President-elect Maryam Rajavi said the incident was yet another major crime perpetrated by the government and said that the Iranian people will neither forgive nor forget this atrocity.

Workers not paid at Iran factory