MEK Calls for Boycott of Sham Elections in Iran 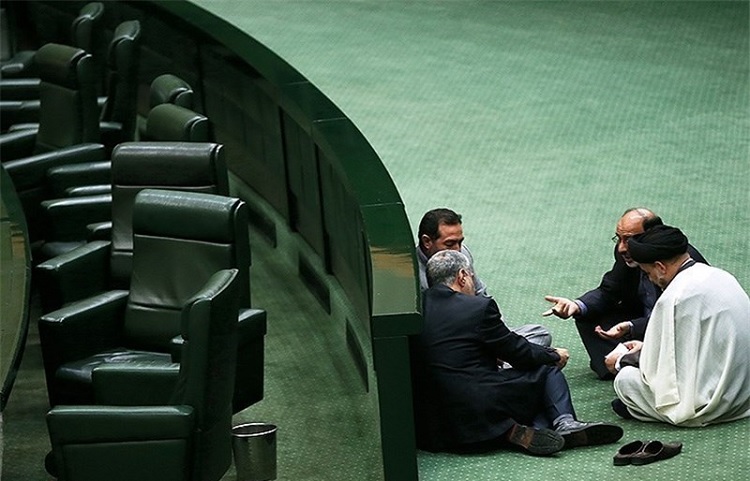 The sham parliamentary elections in Iran are fast approaching and they’re even more corrupt than usual, with the Guardian Council disqualifying most candidates affiliated with the regime’s President Hassan Rouhani’s faction.

This is a sign that supreme leader Ali Khamenei, who directly and indirectly chooses the members of the vetting body, instructed them to make sure that only candidates from his faction would make it through to the ballot paper. This a desperate attempt to try and secure his control over the country and keep the illegitimate regime in power for longer, as the domestic and international crises against the regime mount up.

Now, there is never any real opposition candidate allowed to take part in the elections. The Guardian Council ensures that each one is loyal to the Supreme Leader above all else. But the regime uses the election as a way to pretend to the West that Iran is a democracy, and therefore extract concessions to the regime. That’s why the regime is so terrified about the prospect of Iranians boycotting this election.

Maryam Rajavi, the President of the National Council of Resistance of Iran (NCRI), said that Iranian people had cast their real vote in the November 2019 and January 2020 uprisings with chants of “death to the principle of the velayat-e faqih, and death to Khamenei.

“The pathetic pleas by Rouhani only arouse the Iranian people’s hatred and revulsion toward the ruling mullahs, making Iranians ever more resolute in boycotting this illegitimate election. Boycotting this sham is a patriotic duty and the Iranian nation’s bond with the martyrs, especially the 1,500 massacred during the November 2019 uprising,” Mrs. Rajavi added.

Ali Safavi from the NCRI’s Foreign Affairs Committee said: “Elections in Iran are a travesty of the electoral process… It must be rejected outright not only by Iranians in Iran… but also anyone who is outside of Iran and is watching the situation in Iran. They should also speak out and call for the total boycott of the election.”

He explained in an interview that the Iranian people want regime change, something reflected in their nationwide uprisings, even going back to the December 2017 uprising. Safavi explained that their chants of “death to the dictator” highlighted that it is time for the mullahs to go.

The world should stand with the Iranian people and their resistance by increasing sanctions and isolation on the regime in order to hasten the fall of the mullahs with fewer civilian casualties.

Also, Iran’s main opposition group, the People’s Mojahedin Organization of Iran (PMOI-MEK) has called for a boycott of the sham election.

Inside the Widespread Disqualification of Iranian MPs