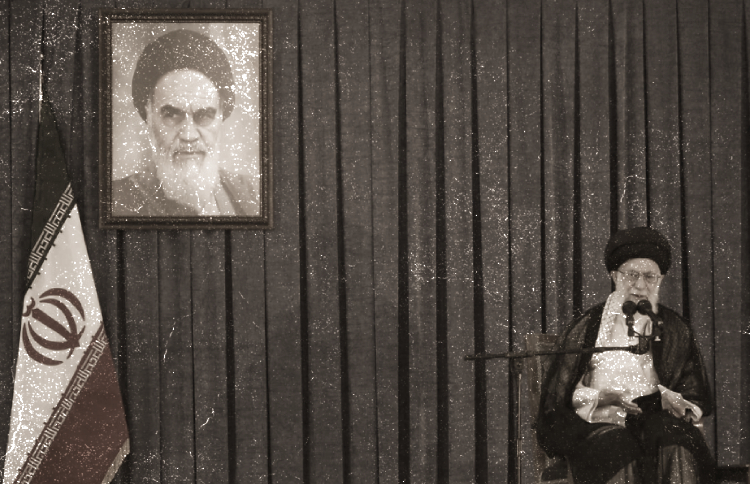 Regardless of the 41-year history of the Iranian regime’s crimes against Iran’s people, just focusing on some of the supreme leader Ali Khamenei’s speeches from 3 January till the present day clearly shows the depth of his inhuman regime.

Revolutionary Guards (IRGC) Quds Force commander Qasem Soleimani was eliminated on 3 January 2020. The regime, which was trying to portray him as a popular hero on various occasions, attempted to show a public support for Soleimani on his funeral ceremony on 7 January 2020, which lead to a disaster in which 62 people died because of the swarm of the people, while the regime forced the people to move into tight ways to show a massive crowd.

Deputy Speaker of Iran’s parliament Ali Motahari criticizing the event and said: “We are well aware of what happened in Kerman when five people protested at the Security Council meeting if the population reached this point because the street narrowing but few others, they did not agree and said that we insist on showing the population, and there must be a significant crowding.”

In his various speeches, Khamenei did not even mention the death of 62 people in his speeches on the death of Soleimani. What was important to the leader of the regime was the political exploitation of Suleimani’s death in the eyes of the West and the extent to which the “people” supported the criminal.

On 8 January 2020, a Ukrainian passenger plane was shot down by the IRGC, and all the 176 passengers aboard were killed in the horrific crime.

Khamenei on 17 January, in his Friday prayer sermons in response to the increasing domestic and global reactions to the killing of 176 innocent people without any regret, or condolences to the families of the victims said, “Some people with the direction of American televisions and English radios have tried to form the case so that the story of ‘Soleimani’s funeral’ will be forgotten.”

Khamenei, without mentioning the IRGC missile attack on a Ukrainian passenger plane, described the protesting people as “deceived”.

“They wanted to overshadow the great Qasem’s funeral event,” he said.

Thus, Khamenei once again showed that he could not care less about the loss of innocent lives.

The 11th Majlis elections (Iran’s parliament) were held on 21 February 2020 and became a severe defeat for the regime. The turnout was so low that officials after two days confessed to the defeat of the regime and while like the past elections and falsifying the statistics, said that only 42 percent of the people voted, while in reality, the turnout was below 20 percent.

The defeat was imposed while the government tried to conceal the news of the spread of the coronavirus in Iran and the deaths of some so that the fears of a further outbreak would not prevent the people from voting.

But at the same time, it has been officially revealed that at least seven people died off because of the coronavirus, and concern has been spread among the general public, while the officials did not take any preventive measures.

Khamenei addressed the topic of elections on 24 February in a religious meeting. He attempted to show the election as a victory for his regime, but the important thing was that Khamenei showed his inhuman temper in this speech.

Khamenei without pointing to the outbreak of the coronavirus in Iran and the concerns of the people and without any sympathy with the people who died because of the virus, while pointing to the “enemy”, while grinning said: “In the last two days, they tried to reduce participation under the pretext of a disease and a virus, but people didn’t pay attention.”

Thus, every time people face a disaster, Khamenei, who calls himself the supreme leader, sees all these disasters just as an attack against himself and his sinister sovereignty, and he has not even once expressed sympathy with the people.

He knows that the people of Iran have not the slightest relation with him and he is just the leader of the regime’s elements like the IRGC, Quds Force and the Basij.

Daily Telegraph: The British ambassador to Iran failed to...