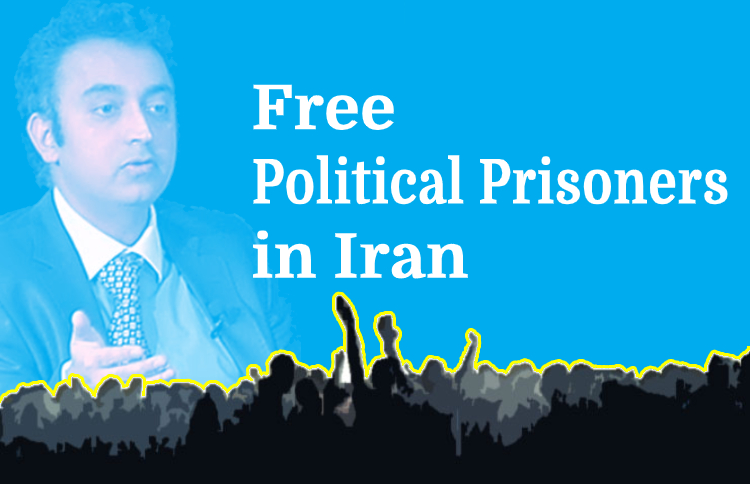 The UN Special Rapporteur on the situation of human rights in Iran said Tuesday that he asked Iran to temporarily release all political prisoners to halt the spread of coronavirus in the country’s overcrowded and disease-ridden prisons.

This came after Iran’s judiciary chief Ebrahim Raisi said that roughly 70,000 prisoners were freed temporarily on Monday to limit the spread of coronavirus, as hundreds of new infections and dozens of more deaths were reported by officials across the country.
However, as Rehman pointed out, this only applied to people serving sentences of less than five years. Many political prisoners and protesters are serving over five years on bogus national security charges, merely for advocating for freedom in Iran.

He said: “This is also my worrying concern and therefore I have recommended to the state of the Islamic Republic of Iran to release all prisoners on temporary release.”

A representative for the Rapporteur clarified afterward that Rehman was only referring to political prisoners and prisoners of conscience, i.e. those arrested for practicing their religion.
Rehman went on to describe the rapid spread of the virus as “highly disturbing” and criticized the Iranian mullahs for failing to ensure containment measures were in place.

He said: “In my estimation, the state has done too little and too late.”

This is true. There are now 3,300 coronavirus deaths across 149 cities and all 31 provinces in Iran, including:

The government is still trying to cover up their crimes, with President Hassan Rouhani telling people not to “exaggerate the scale of this virus crisis” and Prosecutor General Mohammad Jafar Montazeri saying that any coronavirus comments not approved by the officials are “a breach of national security”, which could see more political prisoners in Iran’s disease–ridden prisons.

Maryam Rajavi, the President of the National Council of Resistance of Iran (NCRI) said that prisoners, especially political prisoners, must be released immediately without condition, to avoid a coronavirus outbreak in prisons.

For over four decades, Iranian officials have resorted to...