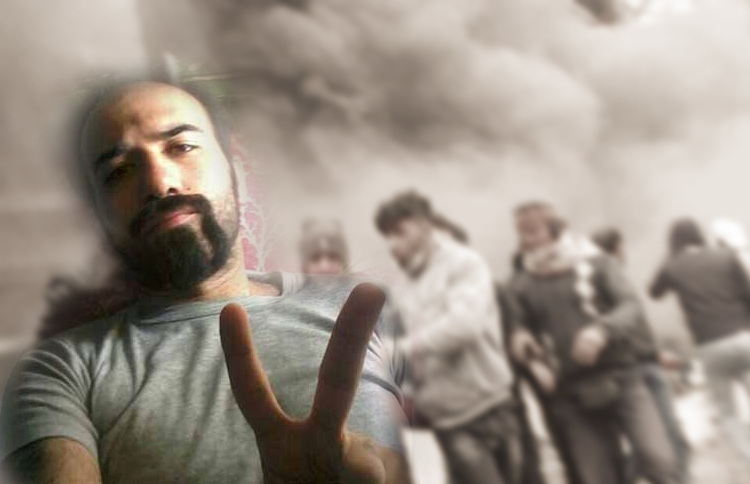 Iranian political prisoner Soheil Arabi has warned that the protesters arrested during the November 2019 uprising are having their lives threatened in the Greater Tehran Penitentiary, where Arabi is being held, by the coronavirus and drugs.

Arabi wrote an open letter about the plight faced by his fellow inmates in Ward Two of Section Five of the GTP, which he described as a “torture chamber”.

He said that the protesters, who were demonstrating against the corrupt government of Hassan Rouhani, have been detained alongside ordinary convicts, which includes drug sellers, thieves, and violent offenders. Now, these hard-working young men from poor neighborhoods, who did nothing other than asking for a better country, are being hunted by other detainees and at risk of contracting the coronavirus.

Arabi wrote: “This prison has never been a suitable place for detention of human beings… We have time and again warned prison authorities… but they have not attended to these problems. On several occasions, they have rather accused the person telling the truth of ‘propaganda against the state’, sentencing him to longer prison terms.”

He advised that the GTP lacks even the minimum standards of the Prisons Organization because of:

Arabi said that this letter might well get him exiled to a worse place, but he considers it his duty, as a journalist, to “express the truth, disseminate information, seek justice and support the oppressed”. His only wish is that the young protesters, who are currently under torture, could be saved before it is too late.

He wrote: “Criticism and protest must not be responded by bullets and jail sentences. Do not erase the question. Instead of building prisons, create jobs and solve the problems of young people.”

During the November uprising, Intelligence Ministry agents and members of the Revolutionary Guards’ (IRGC) Sarallah garrison cracked down on protesters using bullets, shockers, and batons, before sentencing them to prison.

These protesters, including Abolfazl Maghsoudi, Abolfazl Karimi, Siamak Moghimi, Milad Arsanjani, and Kianoush Valiollahi, are being denied 30 days leave over the Nowruz holidays, which is also to stop the spread of coronavirus. This is because they are political prisoners and the government sees them as a national security risk. This is abhorrent and the world must take action.

AP: Targets of new sanctions against Iran Thursday, according...

A top aide to Mahmoud Ahmadinejad, the former president...