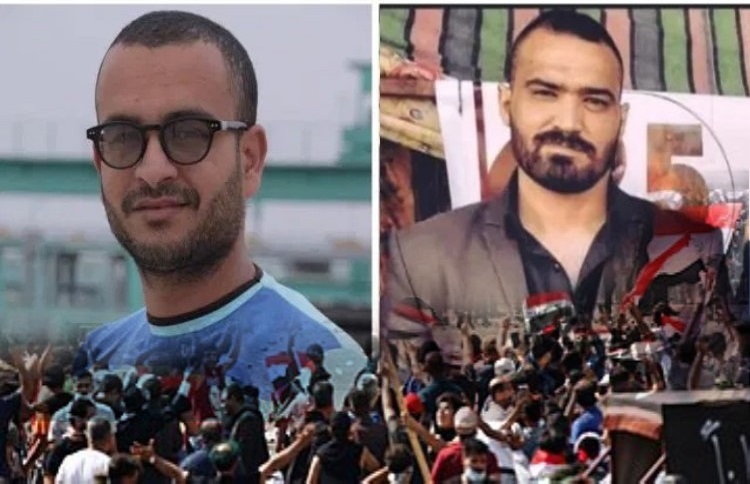 On March 11, the organizing committee of Iraq’s October Revolution issued its 215th statement, announcing that two Iraqi activists were assassinated by Iran-backed militias.

“The demonstration squares have been stained with the blood of heroes by the hand of the cruelest murderer in human history. The mercenaries have killed two heroes Abdulqoddus Qassem and Karrar Adil from Maysan province. These martyrs have fallen because they rose for an independent rule that wouldn’t be controlled from out of borders…

“God bless them and give patience and fortitude to their families. We take an oath to these martyrs to continue their path until Iraq’s freedom from traitors. And we will continue to hold hired murderers accountable.”

Notably, on March 9, the organizing committee condemned the suspicious visit of the secretary of the Iranian regime’s Supreme National Security Council (SNSC) to Iraq, emphasizing, “[We] condemn the suspicious visit by Ali Shamkhani to Iraq… [Shamkhani] has come to impose an agent as the Iraqi prime minister who frankly expressed his loyalty to Iran.”

“Iraqi protesters have only one demand, which is what they frequently chant: ‘Iran[’s regime] out, Baghdad becomes free.’ The Iraqi people address Shamkhani, saying, ‘Get back wherever you came from… Because you are the symbol of murder, massacre, and terrorism. Iraq’s society by its all segments rejects your suspicious attendance in Iraq. Decisions that are made by you and your mercenaries are rejected and the freedom-loving people of Iraq give no care to them,” the committee concluded.

On the other hand, the Iranian regime pursues to muddy the waters while its hegemony is waning in Iraq. In this context, on March 12, Iran-backed militias who are directly involved in the crackdown on protesters launched missile attacks against U.S. troops in the Taji base, north of the country. According to both U.S. and U.K defense departments, two Americans and a British service member were killed.

Later, the U.K. Defense Secretary Ben Wallace vowed a “strong response” to who have harmed Britain’s armed forces. “The coalition stands shoulder to shoulder in Iraq. Our forces work together to help the country resist the malign activity of terrorists… When we and others are attacked, we reserve the right to defend ourselves. We support the right of the United States to defend themselves, as they have done tonight,” Sky News reported on March 13.

The U.K. Defense Minister’s statement shows that the tensions have not limited between Tehran and Washington anymore and extended to the U.K. which is possible to tighten the noose on the mullahs in the other sectors and reduce the number of their allies while they extremely need foreign support and aids to contain different crises whether inside the country or abroad.

The Guardian: In an exclusive interview with the Guardian,...