How the Ayatollahs View the Coronavirus Outbreak? 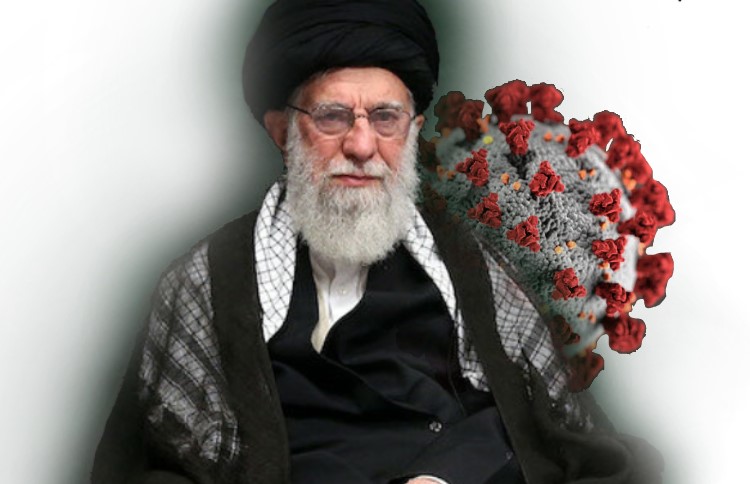 “Whereas many see the Corona/COVID-19 virus as a great disaster, I prefer to see it as a ‘great corrector,’” Microsoft co-founder Bill Gates said on March 24.

Given the developments that have placed since the novel coronavirus emergence until now, the illness has changed humankind’s life aside from the many disasters and sad news. However, it is worth noting that COVID-19 also revealed many truths about rulers and politicians in different countries across the globe.

Thanks to responsible policies, many states managed to avoid horrible consequences on citizens’ lives and health. Instead, the negligence of some governing systems caused irreparable results in several countries, which go beyond respiratory difficulties, fever, and other physical symptoms.

In Iran, which is hit more terribly than any country in the Middle East and considered as the epicenter for spreading the virus in enormous countries, the government has registered a horrible record. The theocratic rule also has a notorious background in many circumstances that regularly leads Iranians to protests.

Why Coronavirus Rapidly Spread in Iran?

Iranian authorities try to justify the rapid outbreak of the COVID-19 through conspiracy theories. The supreme leader Ali Khamenei first blamed the United States, claiming, “It’s said that [the U.S.] had created parts of the novel virus-based on Iranian genome.” Later, he stepped further and slammed “demons” for cooperating with Iran’s foes on March 22.

The government, however, eventually admitted to secrecy over the coronavirus outbreak in Iran. After 40 days, on March 28, President Hassan Rouhani implicitly said, “Maybe the coronavirus entered the country since January 20, but we realized on February 19 and informed the people.” Notably, the government previously rejected news about the emergence of the COVID-19 in the country and even arrested several individuals under the pretext of “causing panic.”

“Several suggested to us to postpone [scheduled] Parliamentary elections on February 21, but as the head of elections campaign I rejected,” said Minister of Interior Affairs Abdolreza Rahmani Fazli on February 23. Obviously, this criminal concealing put lives of many pro-ayatollahs citizens who attended in a formal march on February 10 and mentioned elections at severe risks.

Rouhani also revealed the main concern of the ayatollahs about igniting a new round of protests, saying, “The security of the ‘society’ is a principle for us. All of the armed forces, border units, and police are ready” and the security shouldn’t be disturbed.

Remarkably, the government dealt with the new disease with non-transparency and keeping the people in dark like many similar cases. It also provided fabricated figures about fatalities while the people were losing their loved ones round the clock. The ayatollahs realize how their concealment about the coronavirus will possibly backfire on themselves. In this context, Rouhani exposed his government’s deep concerns, saying, “The armed forces are ready from borders to cities.”

“We have a problem with citizens who must get out of their homes to make ends meet. These are really the weak segment of society. We would expect consequences and upcoming [protests] if we didn’t resolve their problems,” said Hossein Ashtari, head of state security forces, on April 1.

The Ayatollahs Are Taking Advantage of Coronavirus

The Iranian government intentionally concealed the spread of coronavirus. It truly pursued to hold the pro-government marches marking the 41st anniversary of the “Revolution” and the parliamentary elections. However, Iranian officials also deprived ordinary people of necessary medical items to gain political privileges.

In this respect, contrary to their claims, the current rulers are the main obstacle preventing the people from accessing medical equipment. For instance, evidence shows that the “Execution of Imam Khomeini’s Order (EIKO)” has hoarded millions of face masks, while many Iranians daily fall victim to the deadly virus.

Also, the ayatollahs are funding their allies in Syria, Iraq, Lebanon, and other countries at the expense of the Iranian people. For instance, the Iranian government annually squanders at least $16 billion to support Bashar al-Assad, Lebanese Hezbollah, and Iraqi Shiite militias according to The Foundation for Defense of Democracies. Furthermore, Ali Khamenei controls an advertising industry that cast billions of tomans in his pockets per second in addition to his $95-billion economic empire according to Reuters.

Additionally, the government’s secrecy prompted criticism among Iranian authorities. “Several planned to exploit the health crisis in Iran to loosen U.S. sanctions. In this regard, for 30 days, they abandoned the health of Iran’s society to achieve negotiations with the U.S. through the crisis,” wrote the Mashreq News website on March 29.

The Iranian government performs a bilateral policy. On the other hand, it conceals the real death toll in deterrence of raising the public wrath and simultaneously claims it needs cash to provide medicine and medical equipment to loosen or lift sanctions.

In this respect, the international community should compel the ayatollahs to announce the real figure of mortalities and critical cases. However, they expelled the Doctors’ Without Borders (MSF) in fear of their secret becoming revealed. Also, the humanitarian aid should consist of medicine and equipment, not cash that enables the world’s first state-sponsor of terrorism to fund its proxies and nuclear bomb-making projects.

Spokesman: Iran not after bargaining on nukes