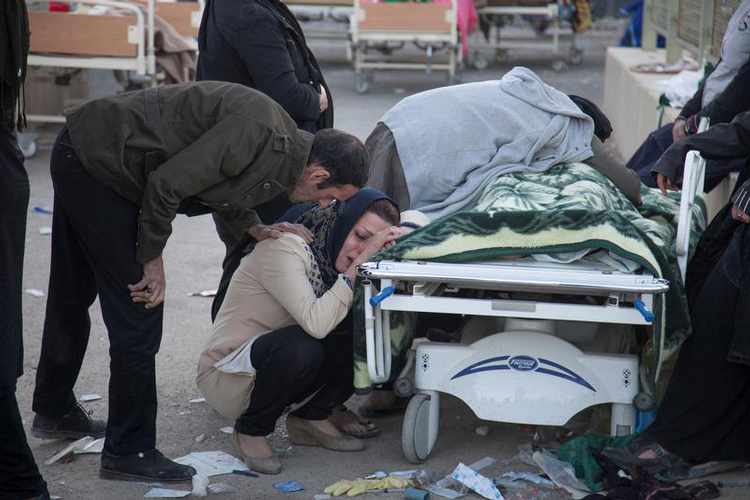 A fifth Iranian official has been dismissed for questioning the Health Ministry’s coronavirus statistics regarding infections, deaths, and whether the crisis is in any way under control.

Mohammad Hossein Ghorbani, the representative of the Health Ministry in Gilan, was dismissed on Monday following his contradiction of President Hassan Rouhani’s assertion that several cities in Gilan were “white” (virus–free).

For a place to be considered virus-free by the Health Ministry, it needs to have had two weeks without new coronavirus hospital admissions, zero deaths, and an increase in the recovery rate.

As the coronavirus death toll continues to rise, officials from different factions try to frame one another.

Ghorbani said on April 26 that no area in Gilan was virus-free and warned that if people think that conditions are normal, then it will lead to another spread of the coronavirus as people resume their pre-coronavirus lives.

Gilan is one of the worst-hit coronavirus areas in Iran, which is evident in the fact that Ghorbani is the second Health Ministry representative to be dismissed for contradicting the government’s figures.

Mehdi Shadnoush was removed from his role in March after he described the “tough times” that hospitals were going through as the virus first hit the northern province.

The authorities are desperate to make it look like they have the crisis under control, so they are artificially lowering the number of infections and deaths by refusing to test many people and forcing doctors to write down inaccurate causes of death. These false statistics are being used to justify sending people back to work and to reopen religious sites in 127 cities in order to hold off protests over economic issues and to steal from the people under the guise of religion.

The Deputy Head of Education at the Medical Sciences University of Qom, Hassan Adeli, was fired on April 12 for saying the cases of the virus there were found a week before the official announcement. He also said that the reason the first cases in the country were found in Qom was that the officials there defied “Health Ministry protocols” and tested people with symptoms, which suggests that there was a cover-up.

Akhavan Akbari, the head of the Ardabil Medical Sciences University, was dismissed on April 11 for supporting Ismail Farzaneh, the head of Ardebil’s Khomeini Hospital, who had said that official coronavirus statistics were only “a portion of the real figures”.

Farzaneh was also laid off after saying that not all those infected were tested.

While the head of Qom’s cemeteries was fired after a video emerged on social media showing dozens of bodies at one cemetery, which indicated that the true death toll was being hidden.

Furthermore, the majority of Iranians don’t trust the regime’s figures, citing that the regime has a history of covering up crises.

The National Council of Resistance of Iran said the actual death toll had surpassed 37,600 on Thursday.