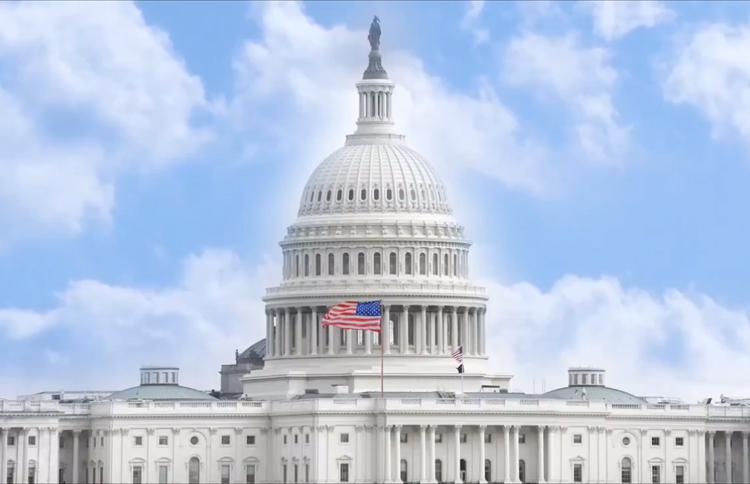 In H. RES. 374 of the House of Representatives on May 10, 2019, the majority of U.S. lawmakers stated their support for the Iranian people’s “desire for a democratic, secular, and non-nuclear republic of Iran.”

U.S. representatives in a bipartisan move expressed their solidarity with Iranian protests and condemned the government’s merciless crackdown on demonstrators who seek a better, brighter future for their country.

The congressmen and congresswomen also condemned the Iranian government’s terror plots against the main Iranian opposition Mojahedin-e Khalq (MEK/PMOI) and Iran’s exploitation of embassies as a coverup for malign activities and targeting dissidents in foreign countries.

In this respect, they highlighted several terror attacks masterminded by Iranian diplomats in different states, including France, Albania, and the United States, which led to the arrest of Assadollah Assadi, a senior Iranian diplomat based in Vienna, Austria, and the expulsion of the Iranian ambassador Gholamhossein Mohammadnia along with another senior diplomat from Albanian soil.

The representatives also declared their support for a new government in Iran according to the 10-point plan presented by the president-elect of the National Council of Resistance of Iran (NCRI), Mrs. Maryam Rajavi.

In her scheduled plan, Mrs. Rajavi has made a commitment to realize universal right to vote, free elections, and a market economy, and advocates gender, religious, and ethnic equality, a foreign policy based on peaceful coexistence, and a non-nuclear Iran. Mrs. Rajavi enjoys a strong base inside Iran on behalf of MEK supporters, who are spreading her messages for a free Iran among ordinary people despite the risk of arrest and severe sentences for supporting the MEK and regime change in Iran.

Condemning Iranian state-sponsored terrorism and expressing support for the Iranian people’s desire for a democratic, secular, and non-nuclear republic of Iran.

IN THE HOUSE OF REPRESENTATIVES

Condemning Iranian state-sponsored terrorism and expressing support for the Iranian people’s desire for a democratic, secular, and non-nuclear republic of Iran.

Whereas, on July 2, 2018, the Belgian Federal Prosecutor’s Office announced it had foiled a terrorist plot against the “Free Iran 2018 – the Alternative” gathering held on June 30, 2018, in support of the Iranian people’s struggle for freedom;

Whereas Assadollah Assadi, a senior Iranian diplomat based in the Iranian embassy in Vienna, Austria, was arrested in Germany in connection with the planned terror plot in Paris;

Whereas the Iranian diplomat has been charged in Belgium in connection with the Paris terror plot and in Germany with “activity as a foreign agent and conspiracy to commit murder”;

Whereas the Free Iran gathering had commenced to show support for the Iranian opposition leader Mrs. Maryam Rajavi’s 10-point plan for the future of Iran, which calls for the universal right to vote, free elections, and a market economy, and advocates gender, religious, and ethnic equality, a foreign policy based on peaceful coexistence, and a non-nuclear Iran;

Whereas, on July 10, 2018, a senior Department of State official said, “Iran uses embassies as cover to plot terrorist attacks”, and that “The most recent example is the plot that the Belgians foiled, and we had an Iranian diplomat out of the Austrian embassy as part of the plot to bomb a meeting of Iranian opposition leaders in Paris”;

Whereas, in January 2019, the European Union (EU) has included the Internal Security Division of the Iranian Ministry of Intelligence and Security (MOIS), and two of its officials on the EU terror list in connection with the Paris bomb plot;

Whereas the United States Government arrested two Iranian nationals in August 2018 who had acted on behalf of the MOIS to conduct covert surveillance in the United States against officials of the National Council of Resistance of Iran for a target package, which, according to the Department of Justice Federal complaint, may include “apprehension, recruitment, cyber exploitation, or capture/kill operations”;

Whereas according to the Select Iran-Sponsored Operational Activity in Europe, released by the Department of State on July 5, 2018, “Two Iranian operatives were arrested on charges of terrorism by Albanian authorities,” for a bomb plot against the March 2018 New Year gathering of thousands of Iranian opposition members in Tirana;

Whereas, in December 2018, the Government of Albania expelled Iran’s Ambassador, Gholamhossein Mohammadnia, and MOIS station chief in Albania, Mostafa Roudaki, for planning terrorist activities against Iranian dissidents and members of the People’s Mojahedin Organization of Iran (PMOI/MEK);

Whereas the expulsion of the Iranian Ambassador by the Government of Albania is a positive and important step, which sends the right message that no Iranian embassies should be used for plotting terror and conducting spying activities against dissidents;

Whereas Iran’s malign activities in the Balkans, specifically its presence and activities in Albania, pose a serious threat to United States national security interests;

Whereas the Department of State official has urged “all nations to be vigilant about Iran using embassies as diplomatic cover to plot terrorist attacks”;

Whereas senior Iranian Government, military, judicial, and security officials have for decades ordered or committed egregious human rights violations and acts of terror;

Whereas the Iranian people have been deprived of their fundamental freedoms for which reason they rejected monarchic dictatorship and are opposing religious tyranny; and

Whereas in the 115th Congress, the House of Representatives passed H.R. 4744 calling on the United States to “condemn Iranian human rights abuses against dissidents, including the massacre in 1988 and the suppression of political demonstrations in 1999, 2009, and 2017, and pressure the Government of Iran to provide family members detailed information that they were denied about the final resting places of any missing victims of such abuses”: Now, therefore, be it

Resolved, That the House of Representatives—

(1) condemns past and present Iranian state-sponsored terrorist attacks against United States citizens and officials, as well as Iranian dissidents, including the Iranian regime’s terror plot against the “Free Iran 2018 – the Alternative” gathering in Paris;

(2) calls on relevant United States Government agencies to work with European allies, including those in the Balkans, where Iran has expanded its presence, to hold Iran accountable for breaching diplomatic privileges, and to call on nations to prevent the malign activities of the Iranian regime’s diplomatic missions, with the goal of closing them down, including the Iranian embassy in Albania;

(3) stands with the people of Iran who are continuing to hold legitimate and peaceful protests against an oppressive and corrupt regime; and

(4) recognizes the rights of the Iranian people and their struggle to establish a democratic, secular, and non-nuclear republic of Iran.

Air pollution forces schools in Iran capital to close down

Iran Says Does Not Want U.S. to Join Nuclear Talks

Reuters: Iran said on Thursday it did not want...