Time for the Media to End Its Silence on Vital Iranian Affairs, and MEK 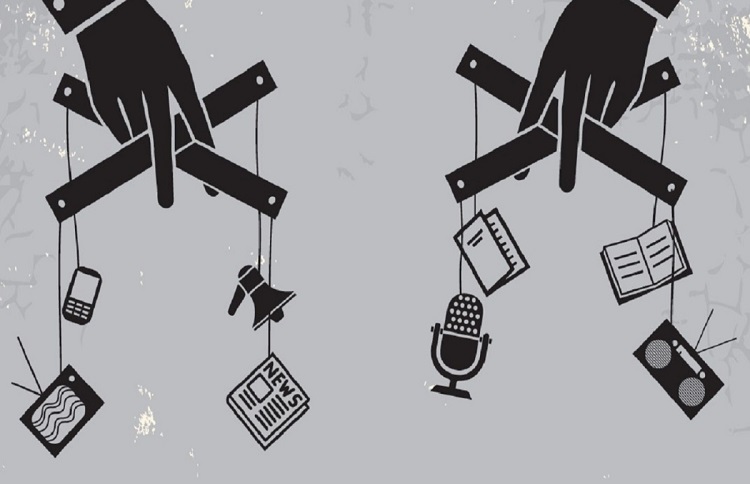 The global media has been unfortunately silent on many issues of importance to Iran. Specifically, reporting on Iranian affairs has tended to under-emphasize the prospects for that government to be overturned in favor of a truly democratic system.

Many Western citizens are unaware of the fact that there has been an active pursuit of that outcome among the Iranian since practically the moment the theocratic dictatorship assumed power.

This lack of awareness is a somewhat tragic indictment of the quality and breadth of media coverage where Iran is concerned. What’s more, it has only grown more tragic in recent years, as the signs of Tehran’s vulnerability and the public’s outrage have become more and more difficult to ignore. Even some Iranian officials and hardline think tanks have begun warning of the potential for activist uprisings that challenge the mullahs’ hold on power. There is comparatively little acknowledgment of that potential in Western media, or in mainstream policy discussions about how to deal with the Iranian regime.

Serious uprisings are not just theoretical. There have already been two of them in as many years. At the start of 2018, protests were already spreading like wildfire across the entire country after having first erupted in the city of Mashhad. And while those initial demonstrations were narrowly focused on economic grievances, the resulting nationwide movement highlighted the notion that economic mismanagement and a range of other crises were necessary consequences of being ruled by fundamentalist clerics whose ideological concerns and personal corruption consistently outweighed concerns about the welfare of the Iranian people.

This sentiment quickly led to the chanting of provocative slogans like “death to the dictator,” which left little doubt about the public’s demand for an entirely new system of government. By the middle of January 2018, those slogans were being repeated in approximately 150 cities and towns. And although this expression was forced back underground by Iranian security forces, it reemerged on an even grander scale in November 2019, when a new uprising encompassed an estimated 200 localities.

The recent growth of the Resistance movement has been very dramatic. But it is sure to appear even more dramatic to those who have not been watching Iranian affairs closely over the past four decades, or any portion thereof. Those who have been watching will have noticed regime authorities’ suspicious obsession with keeping the name of the Resistance movement out of the mouths of Iran’s domestic population. For most of the country’s modern history, there has been an enforced taboo on any significant public reference to the People’s Mojahedin Organization of Iran (PMOI-MEK).

That organization was the main target of a sweeping crackdown on dissent and the worst singular crime against humanity to yet be perpetrated by the regime. In the summer of 1988, “death commissions” throughout the country began interrogating political prisoners over their political affiliations and passing capital sentences on those who failed to demonstrate clear submission to the clerical regime. After a period of several months, an estimated 30,000 such prisoners had been killed, with most being buried in secret mass graves.

Yet this reign of terror failed to destroy the MEK, and the Resistance began re-establishing itself through underground networks while continuing to organize and promote activities aimed at ousting the supreme leader in favor of a representative government. The 2018 and 2019 uprisings were essentially the culmination of those efforts. And this was effectively confirmed by none other than the regime’s Supreme Leader Ali Khamenei, who responded in real-time to the first of the uprisings by saying that the MEK had planned for months to popularize the anti-government slogans and facilitate the composite demonstrations.

This statement raised a question that remains unanswered more than two years later: If the regime itself is willing to acknowledge the popularity and organizational strength of the Iranian Resistance after so many years of silence, why can the same not be said for the international media? And for that matter, why does the media seem intent on repeating Iranian talking points on a global scale even as those talking points fall apart inside Iran?

It is not as though foreign news outlets lack access to the information that informs public statements and censored media accounts in Iran. Quite to the contrary, the Iranian Resistance has made every effort to bring objective information before the international media, to little avail. After exposing key elements of the Iranian nuclear program in the early 2000s, the MEK continued to demonstrate its value as reports on Iranian human rights abuses, terrorist plots, and most recently a coronavirus outbreak that has killed six times more Iranians that the regime has publicly acknowledged.

At times, all of these topics are presented at once, for mass consumption by any interested parties. But most major news outlets have barely nibbled. With Iran still reeling from two historic uprisings and a massively devastating public health crisis, one would hope that this tendency would come to an end when the next opportunity for an information dump presents itself. And as it happens, that opportunity is only a couple of weeks away.

On July 17, the MEK’s parent coalition the National Council of Resistance of Iran will host the latest of its international rallies in support of regime change, democracy, and justice for the victims of Iranian terrorism and human rights abuses. While prior such events have generally attracted upwards of 100,000 participants to an event space near Paris, the latest iteration will take place largely online. But the quality and breadth of information presented in that live stream will be undiminished, and it will arguably be more accessible than ever for interested journalists and policymakers.

There is no reason for persons in those professions to eschew interest in the event or to avoid the message presented by the Iranian Resistance. Such avoidance has always been a mistake and has always left a blind spot in public awareness of Iranian affairs. The mistake only becomes more serious as time goes by and the Iranian people inch their way toward regime change. The world must understand just how close that outcome could be, so it can begin to plan accordingly.