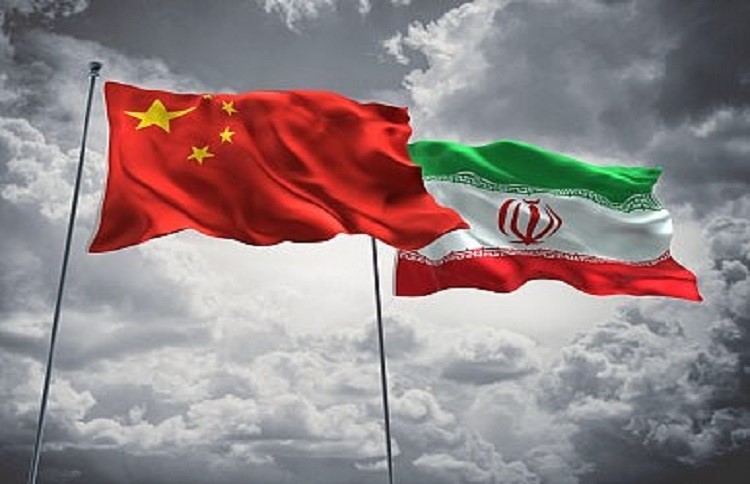 The 25-year deal of China and Iran, a scandal in Iran’s history

Iran’s regime is at the end of its lifespan, and like any dictatorship, which is seeing a dark fate for itself, while struggling to survive, this worst regime in Iran’s history is auctioning all of Iran.

A while back the Iranian regime started to give unbelievable economic, political, strategic, and geopolitical incentives to other countries.

Last year the regime gave away Iran’s historical share of the Caspian Sea to Russia, to attract their international support just for a while. Then it conceded the commercial Chabahar port to India, to be able to make set-off contracts and circumventing the sanctions. By handing over the right of trawling ships to the Chinese in the Persian Gulf, it made all the fishermen in the south of the country homeless.

In January 2020, after six months of secrecy, it became clear that Rouhani’s government had decided to hand over two military bases for the Russian submarines and Sukhoi 35 aircraft at the ports of Bushehr and Chabahar in exchange for its support.

Now this regime has played a new card in auctioning Iran: The presence of 5,000 Chinese security forces in Iran.

On 22 June 2020, the draft of the 25-year strategic cooperation document between Iran and China was approved by the regime. According to regime’s President Hassan Rouhani, this cooperation is a platform for Iran and China to participate in basic projects and development infrastructure, including the Great Silk Road project, and will be an opportunity to attract investment in various economic fields, including industry, tourism, information technology, and communications.

The petroleum-economist on 3 September 2019 wrote about this contract and its parts, which is showing clearly, that the Iranian regime is auctioning Iran: “Among other benefits, Chinese companies will be given the first refusal to bid on any new, stalled or uncompleted oil and gas field developments. Chinese firms will also have the first refusal of opportunities to become involved with any and all petchems projects in Iran, including the provision of technology, systems, process ingredients, and personnel required to complete such projects.

“This will include up to 5,000 Chinese security personnel on the ground in Iran to protect Chinese projects, and there will be additional personnel and material available to protect the eventual transit of oil, gas and petchems supply from Iran to China, where necessary, including through the Persian Gulf, says the Iranian source.

“China will also be able to buy any and all oil, gas, and petchems products at a minimum guaranteed discount of 12pc to the six-month rolling mean price of comparable benchmark products, plus another 6pc to 8pc of that metric for risk-adjusted compensation.”

Under the terms of the new agreement, Petroleum Economist understands, China will be granted the right to delay payment for Iranian production up to two years.

On this subject, an Iranian journalist Shirzad Abdollahi wrote on 1 July in the Hamdeli daily with the title, “Will Iran become a Chinese colony?”: “What is stated in the report of this publication (Petroleum Economist), if true, then this is really a kind of colonial agreement that violates Iran’s independence. Including the presence of 5,000 Chinese security forces in Iran! According to the report, the Chinese are investing about $ 400 billion in Iran.

“Instead, the Chinese have been given similar privileges, such as the Reuter concession, the D’Arcy Concession, and the Reggie contract (Tobacco monopoly) in Nasser al-Din Shah’s era.” (The result of all these contracts was the capitulation of Iran).

He added: “Aside from the accuracy of the report, what makes such agreements with China and Russia credible is the Islamic Republic’s ideological foreign policy, which is based on its hostility to the West and its strategic friendship with the East (China and Russia).

“While the basis of the Islamic Republic’s foreign policy at the time of its establishment was the slogan ‘neither East nor West’ ‌‌ or a kind of negative balance against Western and Eastern powers. Our criticism of the previous regime was that it depended on the West. The solution to dependence on the West is independence, not dependence or inclination toward the East.

“The smiles of the Chinese and the Russians are as harmful and destructive to Iran as Trump’s frown. The Americans are openly expressing their views, but the Chinese and the Russians are pursuing their own interests in the guise of diplomatic compliments. China, Russia, the United States, Europe, and all countries are pursuing their own national interests in relation to Iran, and romantic or hostile relations with Iran are meaningless.”

While mocking the regime’s dreams to become a world superpower, he added: “The cold war ended up with the collapse of the Soviet empire in 1991, but some in Iran is trying to build a new dual, with the name Iran-America, and replace the soviet Union with Iran in front of the USA. The introduction of Iran as a power that challenges the oppressive world order may also be of interest to some nationalist Iranians, but superpower and even becoming a power need accessories that we do not have at the moment. A country with a critical economy and inflation above 40 percent and a devaluation of the national currency hour by hour cannot be a superpower.”

But like any other subject that happens in Iran, the regime is trying to disclaim the reality about this contract as the regime’s Foreign Minister Mohammad Javad Zarif in an interview with Tabnak once said: “There is only a proposal from Iran for a 25-year relationship. In principle, there is no agreement to have clauses. It is a suggestion for a 25-year plan that we just have to sit down and start writing this agreement.”

But on numerous occasions, the regime’s Maj. Gen. Mohammad Bagheri, Chief of General Staff of the Armed Forces and Commander-in-Chief of the IRGC, traveled to China, showing us something else, which started from 11 September 2019. 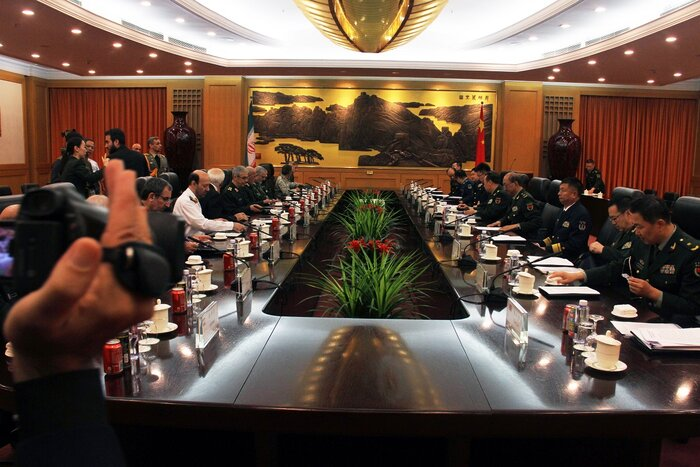 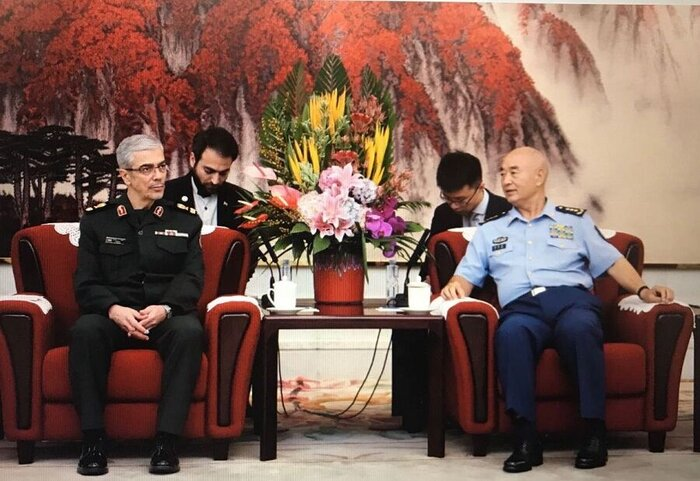 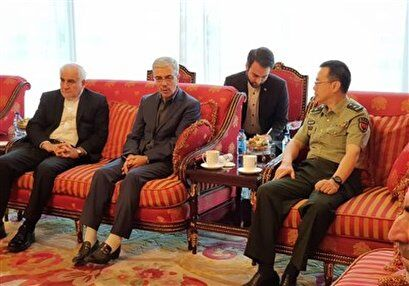 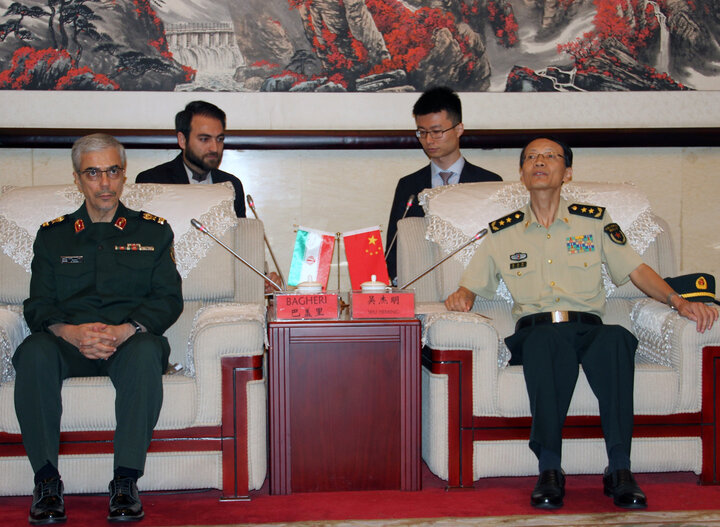 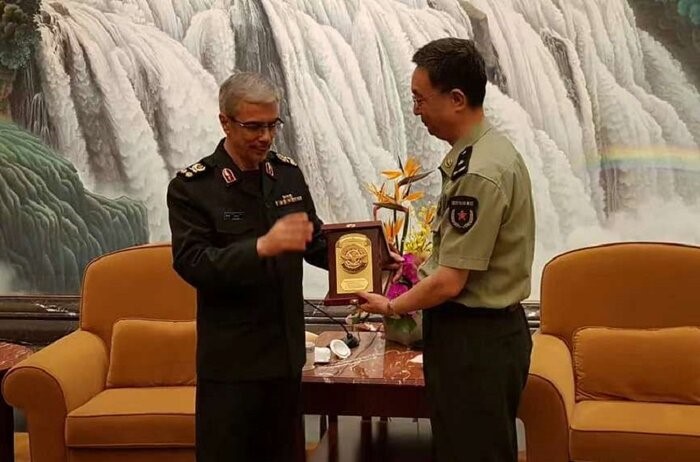 The FARS news agency reported on 30 November 2019: “Maj. Gen. Bagheri: The relation between Iran and China is strategical/ Drafting a 25-year cooperation document between the two countries”, which is showing that any claim by the regime that such a contract doesn’t exist is a lie. 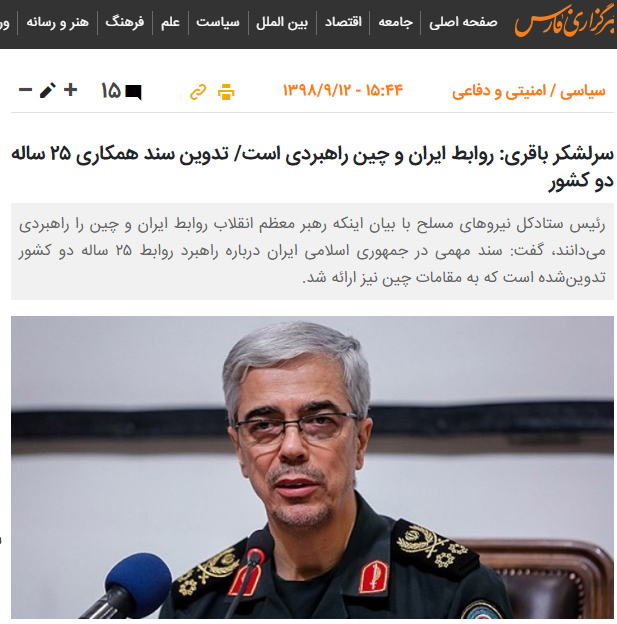 This scandal in Iran’s history is so disastrous that even former President Mahmoud Ahmadinejad, who himself auctioned Iran, could not keep silent. He said: “I have heard that they are negotiating and want to sign a new 25-year agreement with a foreign country, and no one knows about it. Do you own the country, while auctioning the country without the knowledge of the people? … We made a revolution so that no issue would be hidden from the nation, and no one would consider themselves as the owners of the nation.” (Dolat-e-Bahar)

Analysts argue that the regime’s auctioning off its resources to China is an attempt to win support from Beijing at the United Nations Security Council, where China holds a veto regarding all resolutions, including on any possible resolution to extend the international arms embargo on Iran.

Iranian teenage offender to be hanged in the next few days

By Hamid Yazdan Panah Iran’s dissidents appear to be...