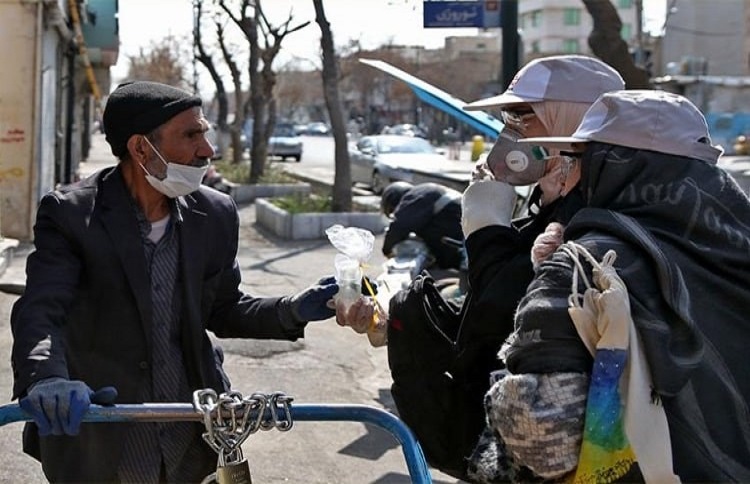 Because of the Iranian government’s lack of support for workers, these hard-working strata are forced to go to work during the coronavirus outbreak. This is endangering them and their families to be infected with coronavirus and facing death.

Their salaries are not fair, all of them live below the poverty line and regime-linked employers do not pay them for months and even years. They do not receive any livelihood support during the coronavirus era like in other countries, and instead, they are fired and must fight daily for just a piece of bread.

Their children are suffering from extreme malnutrition and they do not receive deserved medical and healthcare support.

Now after the arrival of the coronavirus in Iran’s labors are more and more victims of the virus.

On 30 June, the Director-General of Cooperatives, Labor and Social Welfare in Zanjan province announced, “Until now 406 workers of the production units of this province have been infected with the coronavirus.”

He added: “from this number 170 belong to Zanjan county, 128 to Abhar, 32 to Khoramdareh, 13 to Khodabandeh, 52 to Mahneshan, three to Ijroud, and eight people to Soltanieh.”

But despite this high number of infected workers, the government did not take any protective and important measures and did not accept to shut down the workshops. According to the Director-General of Cooperatives, Labor and Social Welfare, “It’s enough that the workers just monitor and observe the health issues.”

The Zanjan’s Governor said: “The situation today is showing that because of the shortage of beds for the coronavirus patients we are concerned.” This will make the situation more difficult.

But of course, Zanjan is not the only province where workers are in danger because of the coronavirus. Khorasan Razavi is in a similar situation because of its unemployment rate and the workers’ livelihood requirements.

On 23 June, Musa Ahmadi, a member of parliament from Kangan, Deir, and Jam, said this about the situation of the workers in these three regions: “In Assaluyeh and Kangan we have passed the red situation. In Assaluyeh and Kangan workers from all of the country’s regions are present, and the native workers are in connection with them. They all go back to their homes every night and infect everyone.

“Every day we are receiving dramatic news from Assaluyeh and Kangan, unfortunately, we are facing deaths every day in this province.”

Worth mentioning is that workers who are infected are sent to forced vacation without any salary, which is doubling the financial pressure on them and their families. According to the regime’s statistics, more than one million workers have lost their jobs since the outbreak of the coronavirus.

According to Shargh daily: “In Iran, many people (up to 7 million) work without insurance benefits and official work contracts and their living conditions are not traceable by the official statistics.”

The hard situation of the workers is reflected in events like the suicide of Omran Roshani Moghadam one of the workers of the Petroleum Contracting Company, which of course is not the only such instance.

State media wrote, “He demanded 500,000 tomans to provide food for his wife and two children, but his request was not granted, and for this reason, he ended his life.”

One of his friends said: “Here are all poor, the people of Hoveyzeh, Susangerd, and the towns and villages of the region, have all bad financial conditions. In this situation when the salaries delayed for some weeks, then we are begging to make ends meet.”