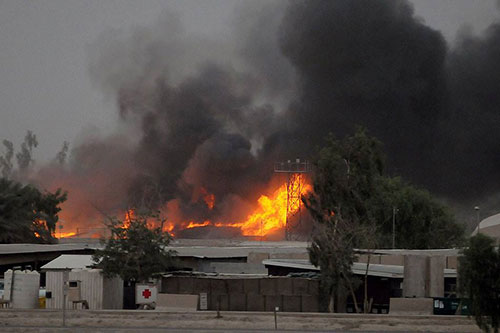 Camp Liberty under heavy attack – No. 5

Urgent: Missile attack on Camp Liberty in Iraq
Statement No. 5

PMOI member Hossein Abrishamchi, one of the most prominent commanders of the National Liberation Army and officials of the People’s Mojahedin Organization of Iran (PMOI/MEK) and member of the National Council of Resistance of Iran, is among the martyrs of the attack on Camp Liberty.

Twenty-two of the injured have been transferred to hospital in Baghdad.
Until this hour, two of the injured, PMOI members Akbar Alidoust and Hassan Tofiq-ju, lost their lives in the hospital due to the severity of their wounds.
PMOI member Hamidreza Eimeni is another martyr of tonight’s attack on Camp Liberty.

Secretariat of the National Council of Resistance of Iran
October 29, 2015

AP: The United States is growing increasingly skeptical of...