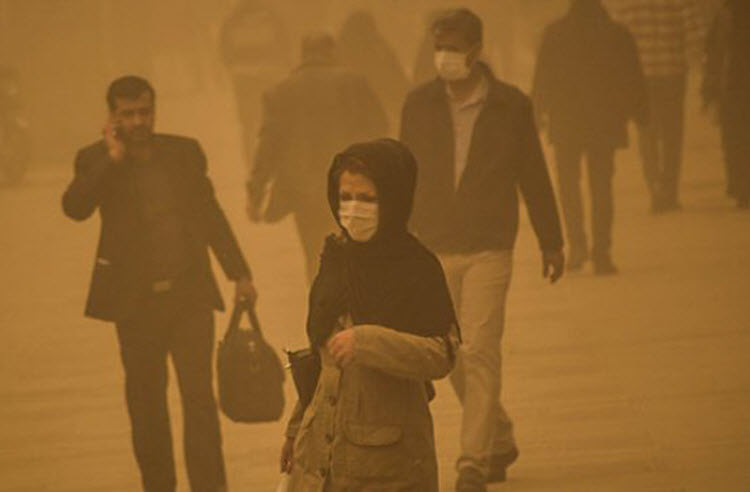 London, 1 Mar – Iran is attempting to ignore the environmental catastrophe in Khuzestan, Iran and redirect attention to the Palestinian Conference and starting a war with Israel.

On Friday, the prayer leaders in Tehran and Mashhad praised Iran for focusing on Palestine rather than the pollution crises and food shortages in Iran.

Ahmad Alamolhoda, the prayer leader in Mashhad, stated in his sermons that the people of Khuzestan are being killed by rocket attacks by ‘infidels’, which should take priority over the water and power outages.

He said: “You say that we don’t show the power of Islam to the world or we don’t declare that Erdogan (Turkey’s president) and Saudi Arabia are the puppets of the United States and they are in complicity with Israel, because the flood has struck or the water and electricity cut off in Khuzestan?”

He continued: “The Palestinian Conference will paralyse the supporters of Israel in the world. By holding this conference, the Islamic Republic intended to declare to the West that this is the start of war with Israel.”

This conference in support of the Palestinian Intifada began on February 21.

In attendance, were the Supreme Leader of Iran, Ali Khamenei, the heads of three branches of government, the head of the Assembly of Experts, the IRGC and Army commanders, ministers, and the members of the Iranian Parliament.

Khamenei has in the past described Israel as a “cancerous tumour” and warned anyone who allies themselves with Israel or takes a neutral stance that they had abandoned the Islamic Republic of Iran.

The head of the Strategic Ammar Headquarters, Mehdi Taeb had previously said: “Syria is our 35th province and it is a strategic zone for us. The major priority is to defend Syria if the enemy intends to attack and conquer Syria or Khuzestan.”

Mohammad Ali Movahedi, the Leader of Tehran Friday Prayer, stated: “We cannot disregard the issue of Palestine. Our national and political interests are tied to the problems exist in Palestine.”

There are no accurate statistics on financial support provided to Palestine from Iran, but some sources estimate that Iran spends billions of dollars annually supporting Palestine, Hezbollah and the Assad Regime in Syria.

Foreign ministers from countries participating in the 2015 Iran...