Iran: Thousands of Retired Teachers, Workers, and Nurses Rallied in Front of the Regime’s Parliament 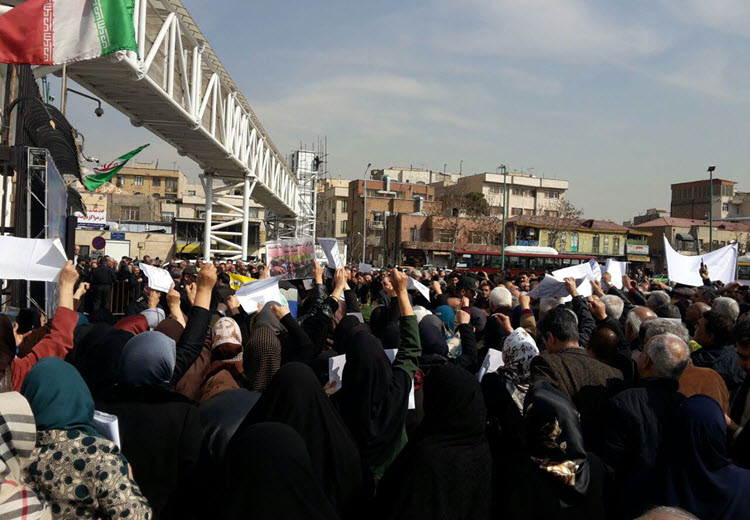 London, 1 Mar – In the morning of Tuesday, February 28th thousands of Iranians from different classes rallied in front of the Parliament of Iran’s regime.

The number of protesters rallied in front of Parliament reached 4 thousands. The protesters incluede retired teachers, nurses, and the employees of the Armed Forces. They were chanting slogans that: “our problem will be solved if the embezzlement is eliminated.”

The protesters were also holding placards written: “the payment system for employees and retirees should have adequate standards. We call for equality in the amount of salaries comparing to other jobs. The embezzlement should be eliminated so our problems could be solved. The poverty-level income is 4 million Tomans ($1230) and our salary is only 1 million Tomans ($308).”

The protesters were shouting unanimously: “the nurses, the teachers, students, the workers! Union, union!”

The rally was held under tight security measures.

Along with the massive rally in front of the Parliament of Iran, the drivers of Tehran Bus Company also gathered in front of Tehran Municipality protesting against the issues of budget accommodation, livelihood, insurance receivables and low salaries. The protesters addressed the mayor chanting slogans:”the director betrays while the mayor supports! , you the rich mayor, see our problems!”

As the protests continued, the police forces have cordoned off the street preventing any passer-by to stop in the street.

Bloomberg: Iran needs to come up with solutions to...

Iran the suspect as militias step up Basra attacks

The Times - Tehran's involvement may be linked to...