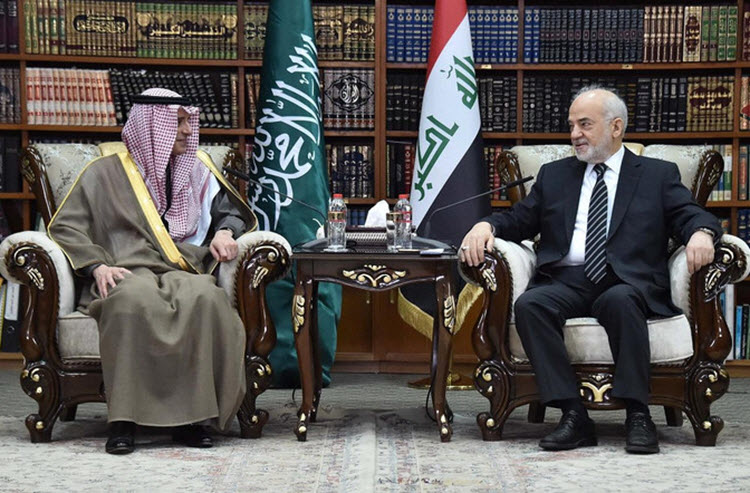 London, 1 Mar – There is speculation that the Saudi-Iraq relationship could significantly improve after 25 years of hostility between the Gulf nations following the arrival of Saudi Foreign Minister Adel al-Jubeir in Baghdad.

There are reportedly no current tensions between the nations, but rather historical problems with relations since the Baath Party seized power in Iraq and began causing trouble with its Gulf neighbours.

Relations between Saudi Arabia and Iraq did not begin to improve until Saddam Hussein turned his attentions towards Iran after the Shah fell from power and the Iran-Iraq war began.

Abdulrahman al-Rashed, the former General Manager of Al Arabiya News Channel, wrote an op-ed in which he further gets in the historical tensions but what we want to focus on is what this potential alliance could mean for Iran.

Since the Iran-Iraq war, the two sides became closer; uniting over their disapproval at the establishment of the Gulf Cooperation Council which was forged between other Gulf countries during the war. They even formed the Arab Cooperation Council in response which triggered disputes over oil production with Kuwait.

Iran still holds a lot of power in Iraq today, covertly controlling the Iraqi government and using this power to subvert international laws in order to terrorise and murder their political opponents, the MEK, who were secretly transferred to Albania last year.

al-Rashed wrote: “When Haidar al-Abadi (the Iraqi Prime Minister) was elected, Saudi Arabia welcomed him. However, Abadi’s rivals, including Maliki and Iran, succeeded in weakening his government and he did not succeed at developing his foreign relations despite the ambassadors’ return to the country.”

He continued: “Jubeir’s visit to Baghdad is an important diplomatic step, one with dimensions that may go beyond Iraq during this difficult time when the region needs cooperation to decrease tensions, chaos and terrorism and diminish the possibilities of opening more war fronts.”