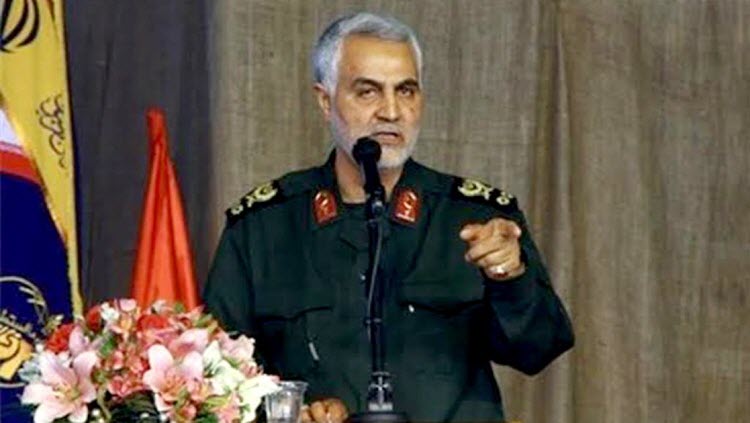 London, 3 Nov – The Iranian Regime is taking centre stage in the shadowy world of covert proxy wars for dominance in the Middle East.

As part of Iran’s destabilisation campaign, which is meant to undermine US interests across the region and boost Iran’s power, the Regime has been fighting in support of Syrian dictator Bashar Assad, Lebanese terrorist group Hezbollah, and Shiite militias in Iraq.

They’ve even been strengthening its relationship with the Taliban, including allowing them to operate a base from Iran and hosting several senior Taliban figures. This may be working because now Taliban fighters want to leave Pakistan for Iran.

It has also been revealed in documents seized from Osama Bin Laden’s complex in 2011 and recently released by the CIA, that for at least ten years between 2001 and 2011, Iran had a very close relationship with Al Quaeda, including sheltering the 9/11 plotters.

This is why Donald Trump has moved to support US allies in the region, like Saudi Arabia and Iraq. The US role in Iraq is especially important, as Iran has great control over the Iraqi government and hopes that Iraq will form part of its Shiite crescent across the Middle East.

The war at home

Still, as this goes on, the Regime is facing more and more opposition from the people of Iran. The Regime claims that the people are being stirred into rebellion by the US and its allies, but this is far from the truth.

While recent support for the Iranian people was voiced by Donald Trump, it is the Regime who inspired the people’s resistance through high-level corruption and horrific human rights abuses.

The Iranian people have been oppressed by the Regime and its security forces, including the Islamic Revolutionary Guards Corps, for nearly 40 years. Their anger was not caused by a political change in a foreign country, but by a severe lack of political change in their own.

But are the US and their allies exploiting the Iranian people’s cause in order to get rid of the Regime, as the Regime officials claim?

Of course not. If the US and Saudi Arabia wanted to remove the Regime for its own benefit, they could. Instead, they are supporting the Iranian people, who have suffered for four decades and desperately want to take their country back.

US and Saudi countering of the Iranian Regime is not an exploitation of the people, but support for them.

The Regime claimed earlier this year that a terror attack on the Iranian parliament and the grave of former supreme leader Ayatollah Ruhollah Khomeini was orchestrated by the Saudi and the US, but most of the evidence points to the Regime plotting the attack themselves to gain sympathy.