INTV’s Pledges Drive for Finances Begins, as Iran Cracks Down on Media 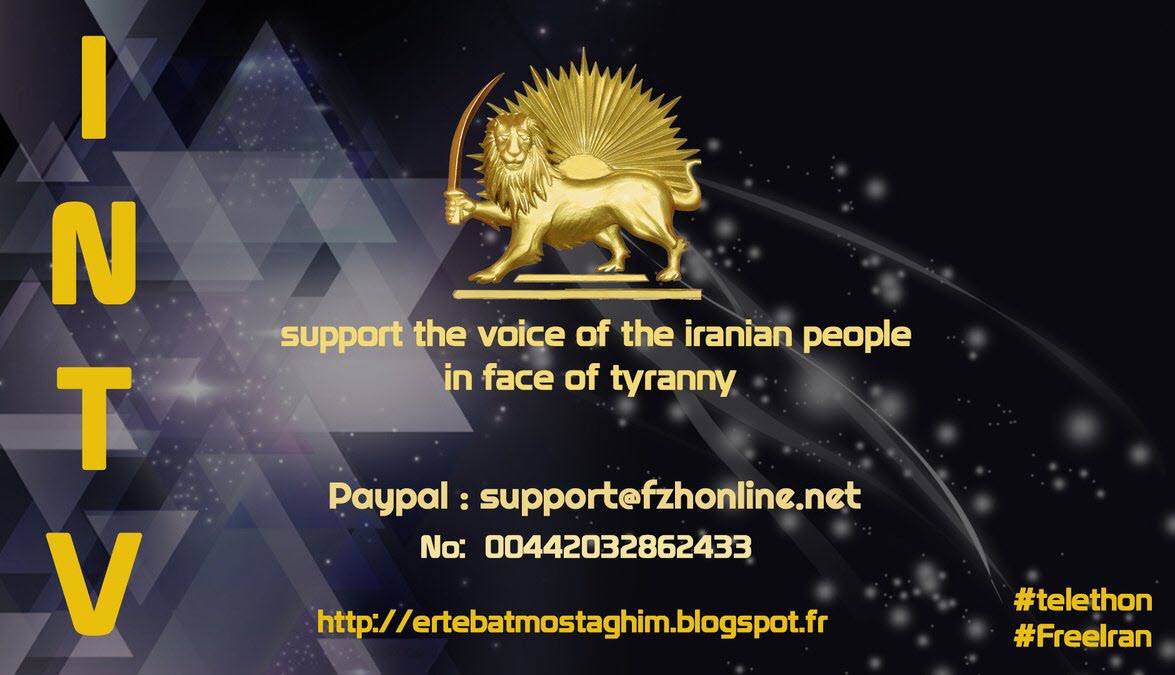 It is risky to be a journalist who works for a dissenting news outlet in Iran. Reportedly, arrests and imprisonment of free minded journalists has been escalating in recent years.

In fact, the Iranian regime is known to attack not only the reporters and broadcasters of independent and foreign information, but the recipients, as well. It is illegal to own satellite receiver equipment in Iran, but millions of Iranians use satellite equipment to tune into banned television networks. Equipment that has been confiscated by regime authorities is regularly replaced. Additionally, countless Iranians use virtual proxy networks (VPN) to evade restrictions on their use of the internet to gain information.

These conditions make the work of dissenting news outlets more important than ever, as they expose information that goes unreported by state-run media.

Iran National Television (INTV), known in Farsi as Simay Azadi, is such an outlet. On Friday, November 3rd, its 22nd public campaign to raise funds for its operations begins. INTV is a voice for the Iranian people, and is viewed by those households that have defied the regime’s ban on satellite television equipment.

Just as Iranian activists have been executed solely for supporting the main opposition group, the People’s Mojahedin Organization of Iran (PMOI/MEK), contributors to INTV have reportedly been tortured and even executed for their journalist activities. Because of INTV’s coverage of popular protests, violence against INTV journalists is connected to the violence against PMOI activists.

The network has exposed conditions of Iranian prisons, especially their political wards, and INTV is an outlet for Iranian political prisoners to voice their continued opposition to the regime. Controversial projects like these have contributed to the growing popularity of INTV among Iranians who seek a democratic future for their country.

Previously, the pledge drive ran for 40 consecutive hours in mid-January. Thousands of people in Iran and throughout the world contributed from just a few dollars to many thousands, highlighting the socioeconomic diversity of the network’s audience. The pledge drive itself displayed the continued conflict of the Iranian people with the regime over its attempts to restrict access to information and domestic communication.

Viewers and supporters called INTV “the voice of the voiceless” and praised a number of specific topics of reporting, citing them as reasons for their support of INTV as a primary alternative to state media on several social media outlets, including Facebook, Twitter, and Telegram, as well as on the network’s 84 phone lines.

Playing a major role in the campaign for full public disclosure of the details behind the execution of 30,000 political prisoners in the summer of 1988, INTV encouraged public dialogue about that incident, following the release of an audio recording of Ayatollah Ali Hossein Montazeri criticizing his then-fellow regime officials over their role in the killings. As the government tried to suppress the recording, INTV helped to circulate the growing calls for justice for the victims, and exposed information regarding the mass graves of the victims. It reported on the protests that were spurred by the regime’s scornful response to the information, particularly the appalling statement by Mostafa Pourmohammadi, who, while acting as Justice Minister during Hassan Rouhani’s first term as president, said that he was “proud” to have helped carry out “God’s command” of death for the MEK.

INTV is prepared to fill an important role in the months and years to come, as it shows the the people’s distaste for the regime, which is a role that INTV’s contributors and its volunteer staff will fulfill despite of the risks associated with their work, for no one is safe who conveys information to the public about the growth and progress of the Iranian Resistance movement and popular dissent. Still, recent experience shows that the dissent of the Iranian people will not be silenced. INTV is an outlet through which they can voice their views, and see the results of their activism and dissident.

With its its 22nd pledge drive about to begin and its viewership growing, INTV is hopeful that it will soon be able to guarantee its position as just such an outlet for another year.

Reuters: The presence of foreign troops in Bahrain is...