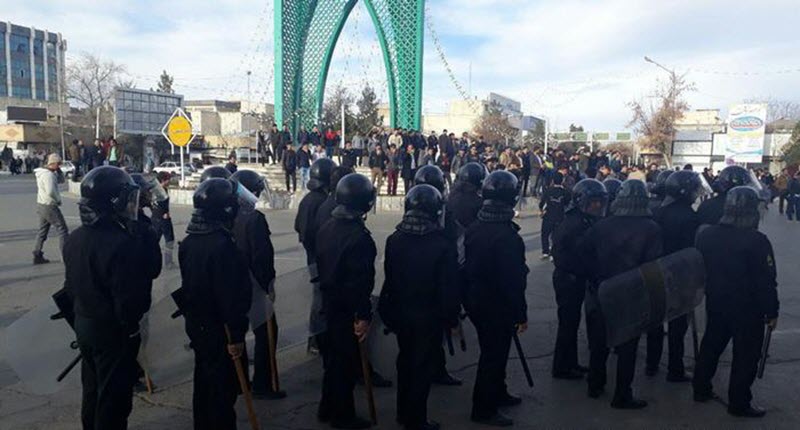 After years of living under Shah Mohammed Reza Pahlavi’s oppressive regime, the Iranian people saw the 1979 Iranian Revolution as a moment of positivity and change for the better. However, it did not work out to be anywhere near as positive as they hoped.

Supreme Leader Khomeini purged the Iranian army of anyone he deemed incompatible with the new regime and he soon came to the decision that the force needed to be highly disciplined and one that would strengthen his position.

As a result, the Islamic Revolutionary Guard Corps (IRGC) and the Basij Mobilisation Resistance Force were born. Hugely loyal to the Supreme Leader, both forces started to oppress the people of Iran. And they still do.

They killed all officers that opposed Khomeini and jailed or killed politicians that remained loyal to the Shah. One of the most horrific times was in 1988 when during the course of one single summer, more than 30,000 political prisoners were killed.

Free speech and human rights became non-existent and the torture of prisoners became the norm. When the “moderate” Hassan Rouhani became president, the people of Iran were encouraged by the international community to be patient and wait for the changes he would initiate. Yet, still, even now during his second term, executions have been taking place at an alarming rate.

Further protests took place in 1999 at Tehran University and once again the Basij militia forcefully put an end to them. It assaulted students with truncheons and destroyed living areas in dormitories. Students were thrown from balconies and one person was shot dead, and numerous others seriously injured.

In 2003, more student protests took place and there were violent street clashes in the country’s capital. The clerical leadership reacted by sending riot police in to stop the protests. This made the situation worse, so Basij officers forcefully beat the protesters into leaving.

In 2009, more protests, predominantly by the middle-class, took place when President Mahmoud Ahmadinejad was elected. It became known as the “Green Movement” and the protests were the most violent since 1979. There were many mass executions and many were tortured.

Now, almost a decade later, the clerical regime has got richer and richer while the people have got poorer and poorer. Late last month, the people took to the streets again. They are calling for freedom and want the clerical regime’s rule to come to an end. They know that regime change is their only chance of finally being free from oppression.