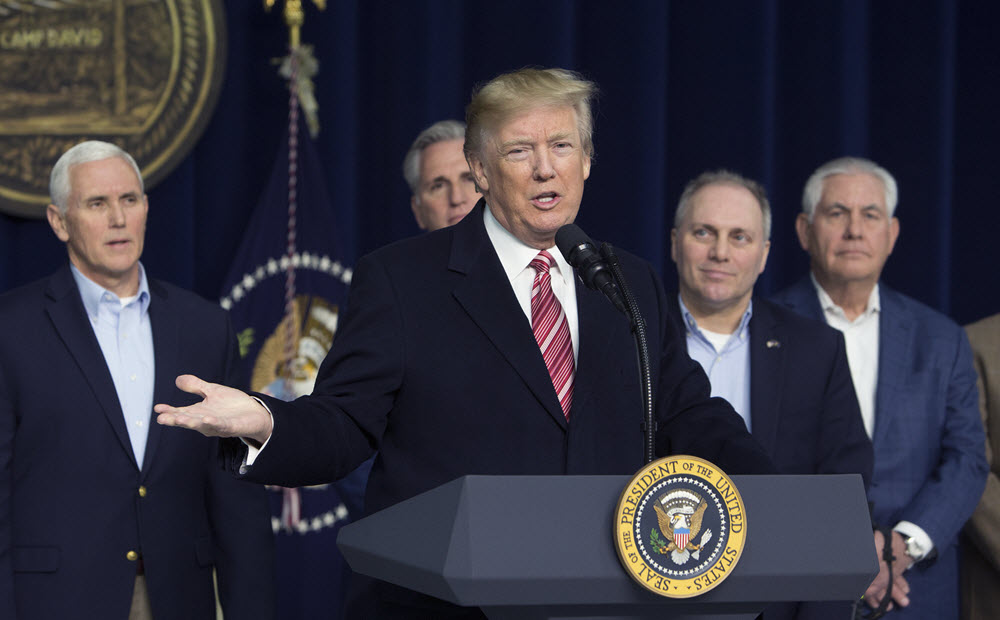 London, 11 Jan – Donald Trump is now expected to extend sanctions relief for the Iranian Regime that was granted as part of the 2015 nuclear pact, despite speculation that he would reimpose sanctions and effectively pull out of the deal.

Officials for the Trump Administration spoke to the Associated Press under the condition of anonymity and explained that US lawmakers had struck a compromise and amended legislation relating to the Joint Comprehensive Plan of Action (JCPOA).

Now it is believed that Trump will follow the advice of Secretary of State Rex Tillerson and other top aides by granting sanctions relief but also issue targeted sanctions against specific Iranian businesses and people who are key to the Regime- including some whose sanctions were ditched under the nuclear deal.

Of course, Trump has until Friday, January 12, to make his final choice and could still reject this recommendation.

However, the officials said that Trump’s top national security aides seem to have convinced him to waive the nuclear-linked sanctions, while imposing new sanctions to punish the Regime over weapons, alleged terrorism and human-rights abuses.

This balance could satisfy Trump’s desire to increase the pressure on the Iranian Regime without outright scrapping the nuclear accord that Trump has described as the “worst deal ever” and risking a backlash.

Aaron David Miller, a former US State Department adviser who now works with Washington-based think tank The Wilson Centre, said that whilst Trump talked tough on Iran, he was actually “risk averse” and would prefer to take the safer route.

He said: “All of this talk about putting Iran on notice in the region simply has not materialized; in Syria, Iraq … it’s actually been quite restrained. The most likely course of action will be tougher sanctions on human rights-related issues but to give the agreement more time.”

While former US State Department adviser on Iran Suzanne Maloney explained that Trump’s main objection to the deal was not the details, but the fact that the Iranian Regime is a “fundamentally evil entity”. He probably feels that his hostility to Iran has been justified because of nationwide anti-regime protests that broke out across Iran in late December.

Maloney said: “The real challenge for the US is not to constrain certain aspects of Iran’s behaviour, but to see a wholesale transformation of the regime itself. Now Trump has seen young Iranians on the street calling for something that at least parallels that, he may push back on the course of prudence, which would be to give the deal another three months.”