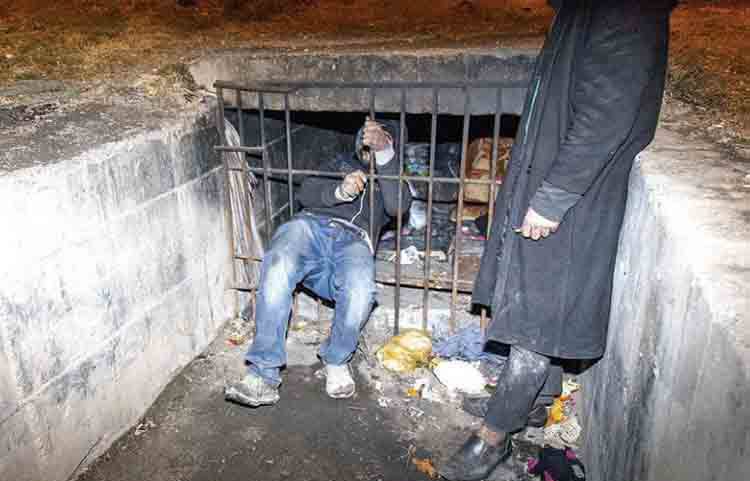 London, 20 Feb – In an effort to tackle issues such as poverty, exclusion and unemployment, The United Nations General Assembly has decided to annually observe February 20th as the World Day of Social Justice. However, in Iran, unemployment continues to increase.

With oil and gas and other natural resources, 33% of Iran’s population (26.4 million) still lives below the poverty line. In order to support their households, many are forced to engage in menial jobs with low wages, or dangerous jobs where they risk their lives.

State-run Young Journalist Club quoted regime economist Gholamreza Kiamehr as saying, “in light of the high price of goods and services, a family who earns less than 3.5 million toumans is considered to be below the poverty line.”

On April 19, 2017, state-run Eco-Titr Website reported, “by the end of March 2016 Iran’s population was 79 million, with 30 million Iranians fallen below the poverty line. It seems that the government does not have any specific plans to stop or reduce the trend.”

The regime’s Interior Minister has said that unemployment has reached crisis levels with 60 percent of the people unemployed in some Iranian cities.In an interview with state-run ISNA news agency, the minister noted, “Social harms are more acute in areas where the unemployment rate is high.”

On September 23, 2017 state-run Keyhan newspaper released a report titled, “Three million Iranians are unemployed: the result of disregard for the production cycle!” It writes, “Unemployment figure among the country’s working age population (ten years old and higher) has risen from 3,203, 398 in February 2017 to 3,366,973 in May same year.”

State-run Javan newspaper wrote on July 24, 2017, “There are five to six million unemployed people in the country.”

State-run Abrar newspaper quoted a regime MP as saying on July 26, 2017, “the number of country’s unemployed is bigger than the official figures.”

On April 1, 2017, state-run Vatan-e-Emrouz newspaper wrote, “the number of country’s unemployed people is added by 150 every hour. This amounts to 3600 more unemployed each day, 25200 each week, and 108 thousand each month. In other words, one million 300 thousand is added to the country’s unemployment number each year.”

Only three million are employed, while more than 27 million Iranian women are not present in the workforce, according to sources.

The National Statistics Center of Iran declared that the average unemployment rate for young women in Iran reached 47.3 per cent in the summer of 2015.

In fact, state-run Shargh newspaper writes on May 9, 2017, “Rouhani caused 860 thousand women to go out of work in eight years.” Another state-run newspaper, Saye-Rouz, quotes Labor Minister as saying “unemployment rate among women has risen fivefold in the past 20 years,” on September 3, 2017.

Iran’s high unemployment rate is rooted in excessive imports, which have cost the country’s industry and agriculture. According to state-run Kayhan newspaper on May 12, 2017, “with closure of at least 30 of the country’s most important brands and factories — including Arj, Darougar, Azmayesh, Pars Electric, Esfahan’s Polyacryl, Irana Tiles, Tabriz Machine Manufacturing, Istak, Isaac Bicycle Manufacturing, Varamin’s Sugar Cubes, Ghou Vegetable Oil, Ray’s Chiffon Fabrics, and Iran Wood — one million workers have gone out of work in four years.”

It’s believed that some 60 percent of the country’s factories are closed, and the remaining 40 percent are operating at 30 percent of their capacity over the past four years.

Additionally, it’s reported that more than 50% of Iran’s educated are unemployed, while the rest are employed in menial jobs such as construction workers, street peddlers, repairmen, etc. The state-run Iran newspaper on April 1, 2017, quoted then presidential candidate Rouhani as saying “the unemployment rate among the country’s graduates is 40 percent.”

State-run Tasnim news reported in September of 2017 that the unemployment rate among the youth has hit the highest level in 16 years. The latest data provided by the regime’s national Statistics Center shows that approximately 29.2 percent of 15-24 year olds are unemployed.

Some people have turned to the difficult job of porterage — putting their lives at risk. These are poor people who transfer goods such as fuel, cigarettes, electric equipment, clothing, tires, and such to earn a living for their families.

They transfer 100 to 150 kilograms on their backs in the mountains and valleys, in hot summer and cold winter.

Official statistics indicate that more than 68,000 porters are working in Iran’s border provinces. Unofficial sources estimate that the actual number of porters to be around 350 to 500 thousand in border provinces. This includes children, youths, and the elderly. In addition to natural disasters, they are threatened by shooting from the regime’s security forces. In 2017 it is believed that at least 245 porters in Iran were killed or wounded as a result of authorities opening fire.

Recently a source of income for jobless people across Iran has been the selling one’s own body organs or blood on the black market. Ads are openly posted on the walls in streets adjacent to hospitals that offer kidneys, liver, blood, cornea, bone marrow, etc. for sale. New ads appear almost daily. Iran is the only country in the world where selling and buying of kidneys is legal. A government foundation registers buyers and sellers, matches them up and sets a fixed price of $4,600 per organ. Unofficial statics estimate at least 14,000 kidneys are sold annually.

Shockingly, 300 workers of Chahar Gonbad Copper factory posted a big banner announcing that they are offering their kidneys for sale due to their extreme poverty.

The state-run Mashregh News Website recently released an image of a statement posted on a road sign of a street, reading, “A couple is desperate to sell their kidney and bone marrow due to problems. The test is ready. The blood types are O+ and A+.”

The situation is harsh even for job holders, as the authorities failed to pay their salaries and bonus. For example, 35 workers of the Imam Khomeini Hospital were fired when they protested delayed paychecks for the past three months. As well, workers of the Perli Co. in the Iran Mall project, has recently launched strike, protesting how their paychecks have been delayed for the past 5 months. Workers of the Haft Tappeh Sugar Cane Co. who demanded their pay, were attack by Special Guard, who arrested a number of protesters.

Workers who do not receive a salary for months cannot provide the family’s rent, and so many end up sleeping on cardboard boxes on the streets. Images of homeless people living in empty graves just outside the capital deeply shocked the public.

These photographs were originally published by the newspaper Shahrvand, who recently published another set of images of sewage canal dwellers in Tehran. Official statics indicate 15,000 homeless people living in the capital — 5,000 are women. University graduates are among those living out of cardboard boxes.

The dire unemployment situation and bankrupt economic conditions in Iraq have left millions of people in desperate circumstances.

Iran “not obliged” to tell IAEA of home-made sites