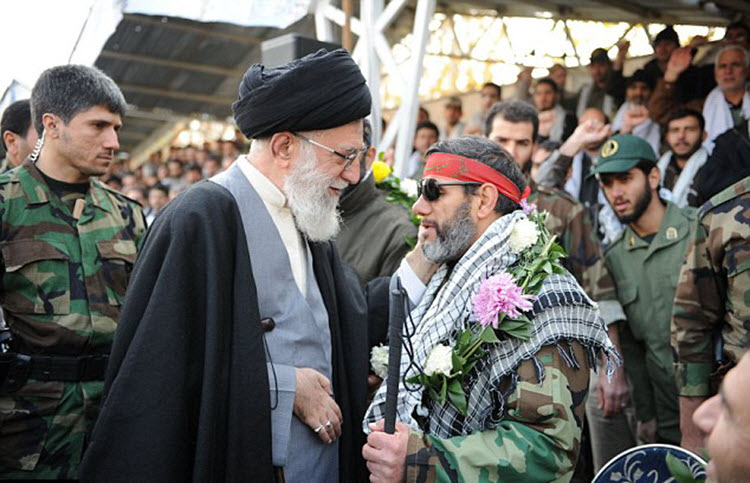 On that same day, according to state-run Mehr News Agency, Supreme Leader Ali Khamenei’s top military adviser, Major General Yahya Rahim Safavi, said that Iran will recoup what it has spent in Syria by exploiting the war-torn country’s oil, gas and phosphate resources. “The reconstruction of Syria will take several years and cost between $300 billion to $400 billion,” Safavi said. He added that the Syrians have agreed to reimburse Iran with their natural resources, and that while various countries competed in Syria and Iraq, the Russian-Iranian alliance prevented the defeat of the Syrian government. According to Safavi, the U.S., Israel, Saudi Arabia, Turkey and Jordan lost.

The anti-establishment uprising that began spontaneously in the holy city of Mashhad late in December of 2017 and continued into the New Year, criticized the government for squandering the country’s financial resources on military ambitions in Syria and elsewhere.

Iran’s enemies focus on political and economic pressure points, including sanctions and military spending, to influence public opinion in Iran, Hatami said. However, the facts are that Iran’s unemployment rate among those aged 15 to 29 is well over 24%, according to official statistics — and even higher among urban youth and women. The Iranian people were promised that their economic situation would improve following the lifting of sanctions that came with implementation of the 2015 nuclear deal. Instead, they have seen little benefit, and greater military involvement in the region by their government. In fact, the latest annual defense budget allocated by the Rouhani administration for next year is roughly $10 billion.

Additionally, another $2.5 billion was allocated to the defense sector by the Iranian Parliament after Khamenei authorized the withdrawal of money from the country’s National Development Fund. As well, Iran’s five year development plan has been modified to allocate an extra five percent of the cost of every development project to defense.

According to the Institute for Strategic Studies journal Military Balance, Iran’s 2016 defense budget was $15.9 billion. Military observers say Iran’s defense budget has increased by 128% in the last year.

Bloomberg reports that in 2015 Tehran spends at least $6 billion in Syria each year, with annual spending reaching $15 billion in some instances.

Reuters and other agencies report that Iran has also allocated a $5.6 billion credit to Damascus, which is mainly used to import oil from Iran.

Critics agree with the Iranian people: this spending is unjustifiable while Iranians are experiencing serious economic hardships.

Christian Science Monitor: In a dusty little enclave about 60...

New York Times: The unprecedented power struggle between the...