Iran Must Be Expelled From Syria 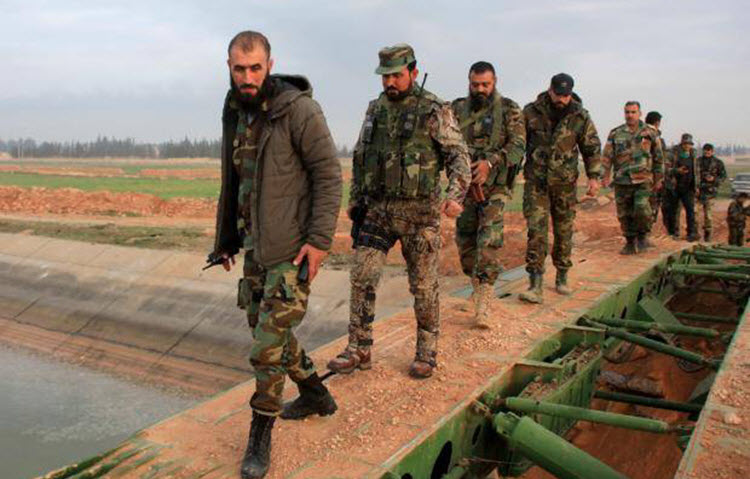 London, 19 Feb – The international community’s negligence has allowed the Syrian Civil War to go on for far too long and cost far too many lives. Now the war, which many predicted to be winding down, has spread to four different fronts and had become a proxy war for many actors in the Middle East, not least Iran.

The Iranian Regime’s proxy forces have used the Syrian conflict to deploy Hezbollah troops to the border of Israel, to expand Iran’s Shiite Crescent, and to prop up the Bashar Assad dictatorship, fearing that if he fell, then the Iranian mullahs would be next.

Iran and its proxies have smuggled in fighters (including trafficked refugees), contraband weapons, and cash to prop up the Syrian Regime, whilst poor American efforts to arm the Syrian rebels has led to more weapons in the hands of Shiite militants.

Iran even, along with Russia and Turkey, hijacked the peace process, which had been boycotted by opposition factions as they opposed the idea of Assad remaining in power.

It should be noted that for all the power Russia has, it has no plan for peace in Syria. Instead, it allows Shiite paramilitary and pro-Iranian forces to act independently in the country, leading to wider Iranian influence, which is not only bad for Syria and the Middle East as a whole but also for Russia’s relationship with Israel.

The US, determined to contain Iranian aggression, has warned Russia against working with Iran. UN Ambassador Nikki Haley said that peace could not be achieved while “the chief sponsor of terrorism in the Middle East (Iran) and its terrorist militia are digging in”.

Around half a million Syrians are dead and 13 million displaced indefinitely, but the world shouldn’t be so quick to look away.

Baria Alamuddin, the editor of the Media Services Syndicate, wrote on Arab News: “This conflict will only de-escalate when all foreign belligerents are banished from the Syrian theatre — with Iran first to be kicked out the door.”

Indeed, the Iranian Regime, which is behind so much chaos in the Middle East must be evicted from Syria before peace can be reached there. However, if we want long-lasting peace in the Middle East, then we must seek to expel the Regime from the region altogether.

The Regime seeks to create chaos in its neighbouring countries in order to distract from its problems at home, of which there are many. The only way to see peace in the Middle East is to support the Iranian people’s call for Regime change.

Washington Post: As he toured the Middle East over...