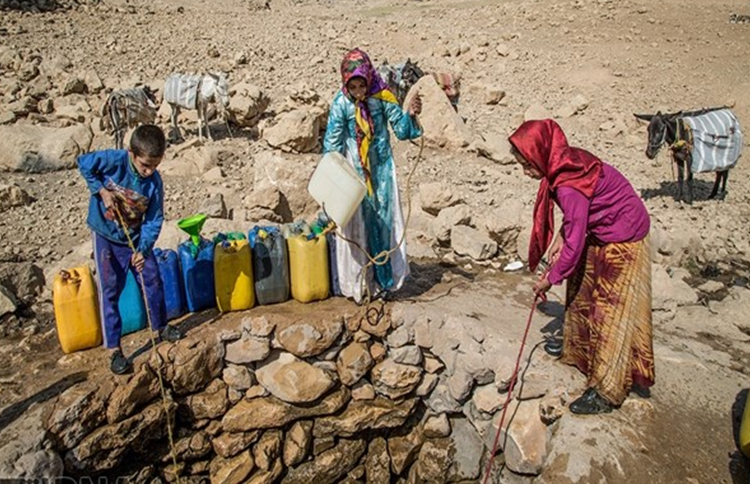 A water official in Sistan and Baluchestan Province said yesterday that over half of the villages in the poverty-stricken southeastern province lacked water supply networks.

Abdolahad Rigi, the head of the Sistan and Baluchestan Rural Water and Sewage Company, told the semi-official ILNA News Agency that 2,868 villages in the province, out of a total of 5,594, did not have water supply networks.

Of these, roughly 1,261 villages use water tankers in order to obtain water, from which each person is allowed around 15 litres of water per day. To show you how little that is, international hygiene standards recommend that people living in a warm and dry climate needs 70 to 80 litres of water a day just to survive. This means that many villagers are forced to turn to water from natural sources, like ponds, marshes and rivers, which has many inherent dangers.

First, there is the threat of a wild animal attacking someone who was collecting water there, which has happened on several occasions. Some 20 children have died after such an incident in the past few years.

There is also the threat of contracting a disease from untreated water that is shared with animals.

The United Nations’ Human Right to Water and Sanitation (HRWS) “entitles everyone to sufficient, safe, acceptable, physically accessible and affordable water for personal and domestic uses”.

The Iranian government has not provided this money, though, which should be unsurprising considering that decades of mismanagement by the mullahs have made the water crisis, and all other crises in Iran, much worse. The water crisis has affected the people of Sistan and Baluchistan for decades, but no action was taken by national or regional authorities to control or improve conditions. Instead, the authorities would rather spend money on costly wars or lining the pockets of the top officials, according to Iran watchers.

Reuters: Iran and the European Union will hold talks...