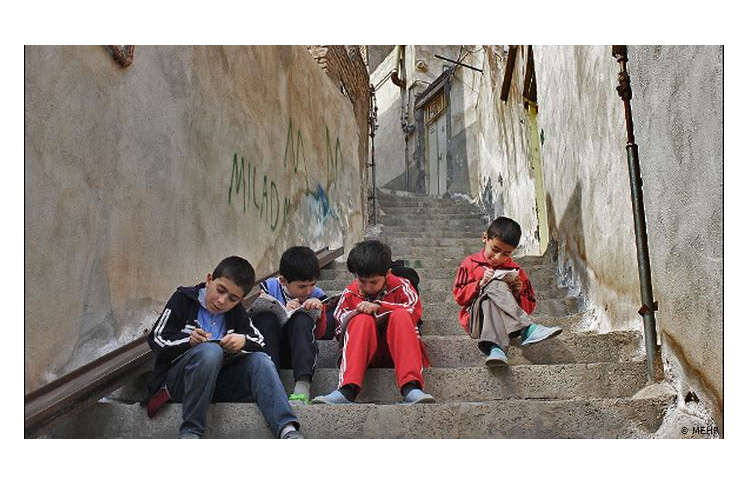 UNESCO says that every child aged 6-18 years old should regularly an educational institution, but a rising number of young people in Iran are being prevented from doing so.

The Statistical Center of Iran in their latest report, which is based on a detailed nationwide survey conducted in 2017, said that between 1.5 and 2 million Iranian children are not able to visit a school or are illiterate. Hafizollah Fazeli, a government manager in Chaharmahal and Bakhtiari province, southern Iran, goes even further, saying that there are “3.5 million children” in Iran who are “not studying”.

However, one thing to bear in mind is that the Iranian authorities, when faced with a colossal problem, will publically acknowledge it, but downplay the actual numbers and place blame elsewhere in an attempt to make the problem seem less severe and out of their control.

The main reason that Iranian officials have given for young people dropping out of school or not entering in the first place is poverty, which is worrying because, according to the Majlis (parliament) Center for Studies in 2018, 23-40% of Iran’s population was under the poverty line. While Ahmad Amidabadi Farahani, a member of the Majlis Board, said inflation is at 50% in this year’s budget and Iranian family earning less than 46 million rials is below the poverty line. Given that the monthly minimum wage for an Iranian worker is 22 million rials, this means that half of Iran’s population lives under the poverty line.

Ehsan Gouharirad, general manager of the Education Department in West Azerbaijan Province in northwest Iran, said in July: “Unfortunately, the main reason behind students dropping out of school has economic roots and if this [issue] is resolved, we can be optimistic about the students’ education.”

Another reason why Iranian students are dropping out of school is that education is increasingly privatized; something that the Iranian teachers have consistently protested against. Article 30 of Iran’s constitution states that education and educational services should be free, but as the quality of education in public schools has deteriorated, private schools are charging exorbitant fees for services that were supposed to be free.

Given the rampant poverty in Iran, many families cannot afford that and children’s education is restricted. This further restricts them from entering higher education. According to the state-run Javan newspaper on August 11, the top entries of Iranian universities are all occupied by private school graduates.

AFP: The UN atomic agency's board passed Friday a...