US Accuses Iran of Not Cooperating With UN Nuclear Watchdog 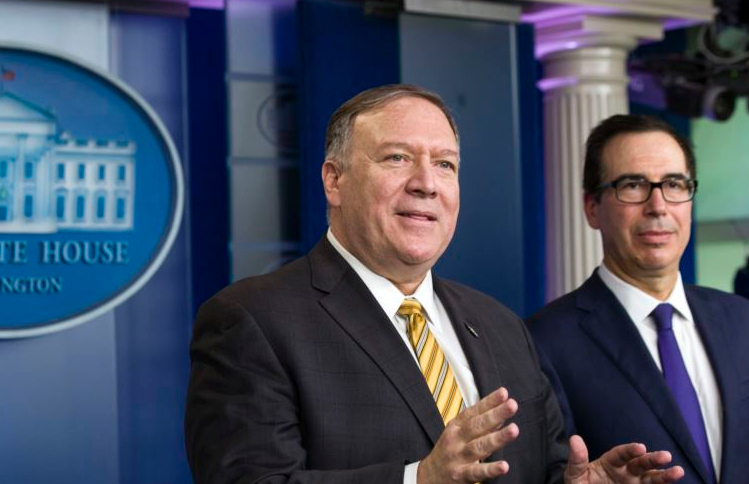 The US Secretary of State Mike Pompeo accused Iran on Tuesday of not cooperating fully with the International Atomic Energy Agency (IAEA) and said that Tehran’s behaviour “raises questions about possible undeclared nuclear material or activities”.

He tweeted that Iran’s “lack of cooperation” with the United Nations nuclear watchdog “fits into Iran’s 40-year pattern of lies” but that the world wouldn’t be duped and that the US “will deny the regime all paths to a nuclear weapon”.

This comes as the US is attempting to get other countries to increase pressure on Iran ahead of the 2019 United Nations General Assembly session, which begins on September 23.

Shortly after his tweets, Pompeo told reporters that Donald Trump could still meet with Iranian President Hassan Rouhani “with no preconditions” on the sidelines of the UN gathering.

France has tried to get Trump to meet with Iran’s leaders at the UN, which leads people to think that Tehran’s nuclear program and nuclear deal will be a high-level agenda item.

Pompeo’s latest criticism of Iran was prompted by an IAEA Board of Governors’ meeting on September 9, where IAEA Acting Director Cornel Feruta said he stressed the importance of “full and timely” cooperation with UN nuclear inspectors to Iranian officials during a recent visit to Tehran.

The US said, in a statement to the meeting: “Iran’s failure to resolve the Agency’s concerns on this matter is completely unacceptable and should be of deep concern to all who support the IAEA and its safeguards verification regime.”

The IAEA inspectors recently found traces of nuclear material at a warehouse identified as an undeclared nuclear facility by Israeli intelligence officials; something that Iran has failed to explain.

This comes at the same time that Iran announced its plan to breach the 2015 nuclear deal for the third time this year; this time by using more advanced centrifuges than permitted. Iran already increased the amount of uranium it was allowed to stockpile and the level it was allowed to enrich uranium too.
Trump pulled the US out of the nuclear deal in May 2018, citing Iranian noncompliance and the deal’s failure to address Iran’s other malign behaviour. He then reimposed economic sanctions against Iran, encouraging other countries to follow suit.

Iran: Khamenei Is Stuck in Solving the JCPOA Challenge

By wasting time, the Iranian government is trying to...