Destruction of Villages and the Lives of Iranian Farmers 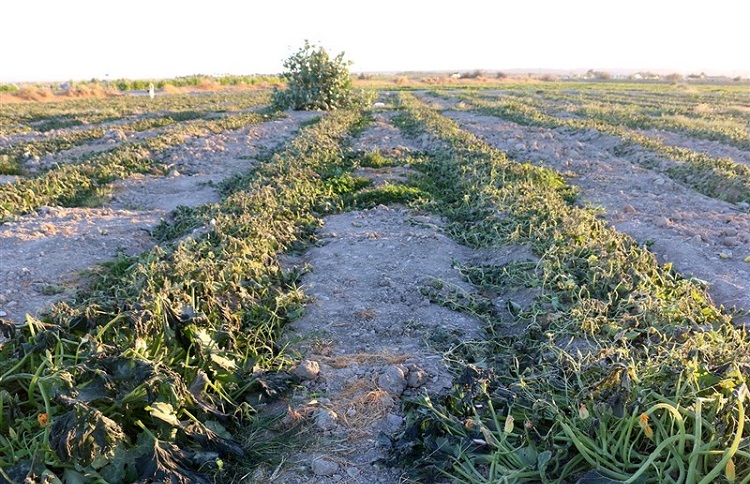 With the negative growth of household incomes in Iran’s villages and towns, the livelihoods of Iranians in rural areas are shrinking. A quick glance at the statistics in this regard makes the criticality of the situation quite clear.

The economic growth in Iran, in 2018, has reached a negative point of 2.8% and is expected to decline further next year. Negative economic growth is not just a number; it is a reflection of a society of inflation and high prices and class distances.

The deprived strata, workers, and farmers and the middle class are the main victims of the catastrophic economic impacts of this government. In particular, the farmers suffer most from this economic disorder, so much that in 2018, the income of a farmer family has decreased to the negative point of 12.6%.

Farmers are dependent on their farms and it is their source of income. But the main problem in Iran is that the government never buys farmers’ products at a fair price. Secondly, the elements of Iran’s government are importing the same product from other countries with a lower price so that the Iranian farmers’ production remains with no customer.

Consequently, most times the farmers are forced to sell their products at a very low price to be able to pay their debts to banks. In this economic circle, the main losers are the farmers because they must pay back most of their incomes to the banks.

The situation is so disastrous that the director of the Rural Cooperative says:

“While the revenue from the agriculture sector is approximately 25-27 percent, given the increased inflation and the 18-percent bank interest, farmers have to spend 38 percent of their revenue in expenses, which is more than their gross profit. Under such circumstances, how can we expect the agriculture sector to have a profit margin and conduct long-lasting operations?”

Meanwhile, Iran’s government continues the plundering of the farmers under the excuse of “self-sufficiency”. Depleting underground water resources, and the destruction of farmlands, are just a few examples of the behaviors of this government.

Even under this empty purpose, farmers’ crops have never been bought at the real market price. Many farmers have ravaged their crops with their own hands in protest of agricultural policies that have bankrupted and destroyed their lives.

The reality is that the living costs in the villages have the same growth as the cities. But the high price and inflation have a double impact on the lives of farmers.

The low yields of crops, the lack of modern technology in planting and irrigation, the sharp disparity between rural life and the urban life, the restriction of water use and the lack of fertile land, and the overall lack of support from any government agency, are all causes and incentives that encourage farmers and especially rural youth to leave their homeland and migrate to small and large cities. But at the same time, they have no settlements except the outskirts of cities, which are full of poverty and lack of basic necessities of life.

AFP: Thousands of worshippers and regime-backers have gathered for Friday...