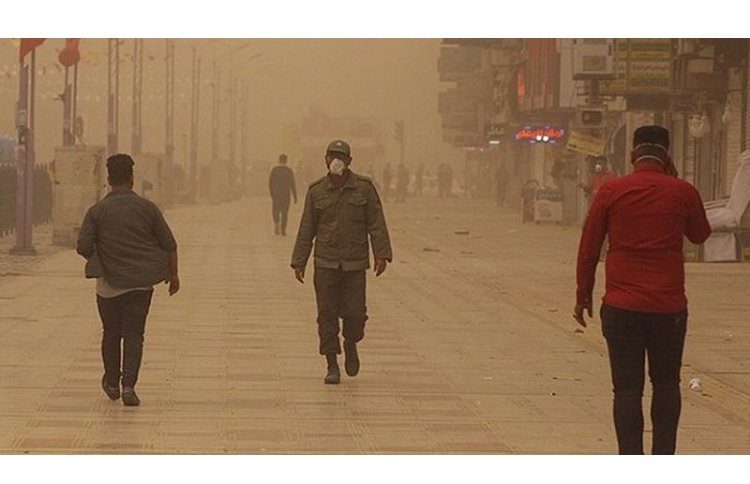 Hundreds of Iranians have visited medical centers in Ahvaz, in the oil-rich province of Khuzestan, suffering from respiratory problems after the first seasonal rains were mixed with air pollutants.

Farhad Hamzehlouei, an official from one hospital chain in the city, told the government’s official news agency (IRNA) on Sunday, October 27, that 480 people visited his hospital last week “suffering from pulmonary complications caused by heavy [rain]”. He said that 77 people were hospitalized, but did not elaborate on the fates of the remaining 23 people.

While medical centers affiliated with Jondishapur University reported that over 700 people suffering from pulmonary complications visited them from October 20-25.

In another report by another state-owned TV network (IRIB), it was said that people suffering from respiratory problems caused by acid rains rushed to the medical centers in Ahvaz, but were turned away because the hospitals did not have enough beds or medical respiratory machines.

Acid rains in oil-rich province in #Iran has sent hundreds to hospitals for respiratory problems. https://t.co/ZFDnpvdXjo

Of course, this is not a new thing. IRNA reported that these sorts of en-masse respiratory problems in the oil-rich province began with the first autumn rains in 2013. Over the course of the year, almost 1,000 people visited the medical centers in the province to seek medical assistance for breathing complications.

Khuzestan’s air is so polluted that the first autumn rains always create acid rain, which is dangerous for people with respiratory problems. The medical centers should have been prepared and, much more importantly, the Iranian Regime should have done something to reduce the pollution in the air that is causing ongoing health problems.

The US Environmental Protection Agency (EPA) said: “The pollution that causes acid rain can also create tiny particles. When these particles get into people’s lungs, they can cause health problems, or can make existing health problems worse.”

The city of Ahvaz, which has a population of roughly 1.2 million people, is recognized by the World Health Organisation as one of the most polluted cities in the world. This pollution is yet another example of how the Iranian authorities do not care about the Iranian people or the wider world. Instead, they only care about lining their own pockets and maintaining their grasp on power, so they ignore environmental regulations in favor of profit. This profit funds the authorities’ lavish lifestyles, domestic suppression, and international terrorism.

Reuters: The House Appropriations Committee on Tuesday approved a...